Yesterday, we witnessed a historic event take place; and that was the first ever export of crude oil out of the South American nation of Guyana! We are proud to have assisted Reuters in helping verify the barrel amount (1 million barrels) and destination; being Galveston, USA. This most likely means Houston. The Suezmax tanker which picked up the oil from the FPSO LIZA DESTINY is called YANNIS P. The terms FPSO stands for Floating, Production, Storage and Offloading. Essentially, it is a large vessel that can pump oil out of the seabed while being anchored offshore. It then stores the oil it collects over a course of a week or so and then transfers it to another tanker that will deliver it to a destination. The LIZA DESTINY has a storage capacity of 1.6 million barrels. According to the ETA of YANNIS P, she is due to arrive on January 29th 2020, which means it only takes 9 days to reach the United States. 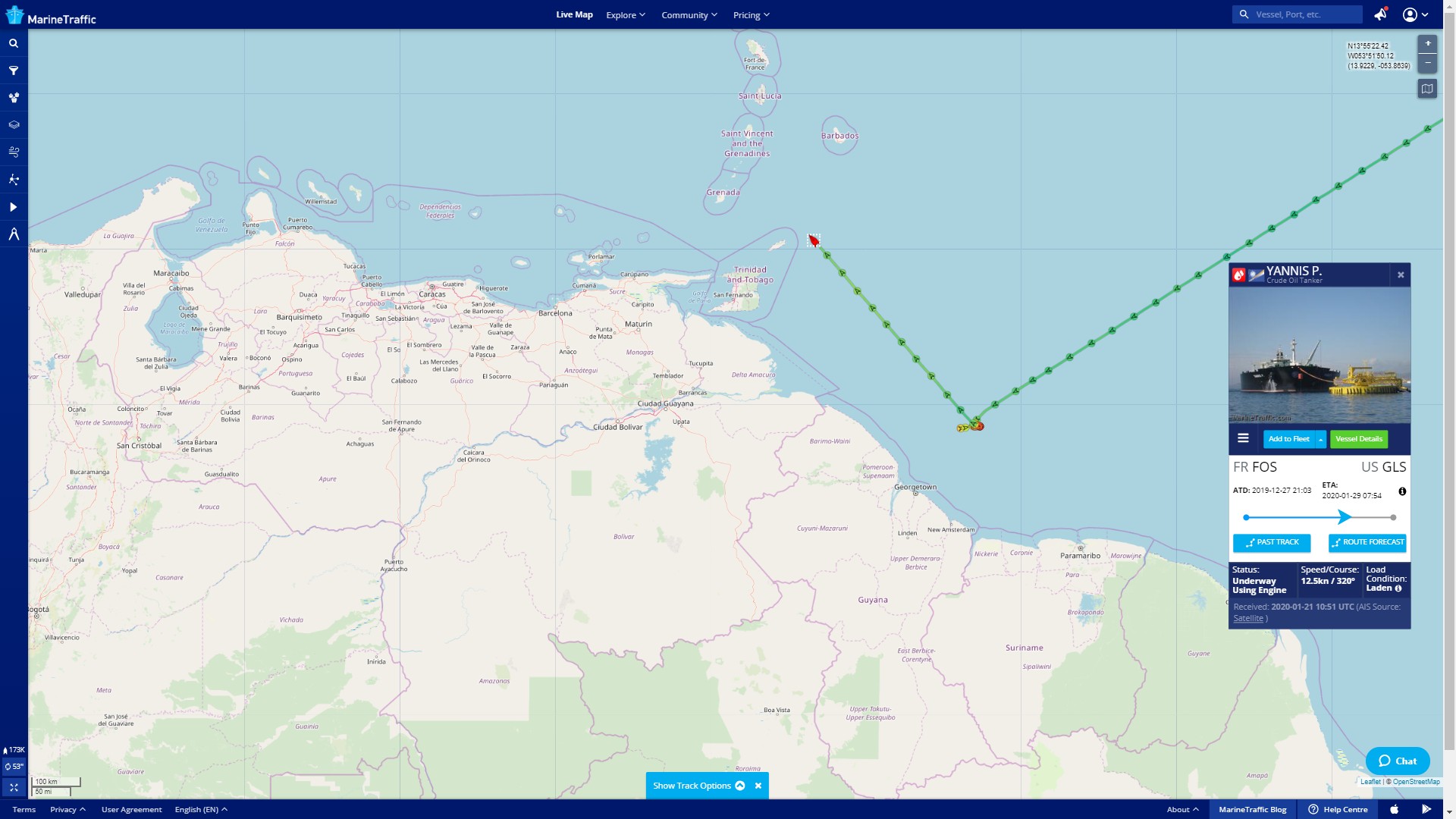 Exploration for crude oil and gas began in 2015 in the 6.6 million acre block called Starbroek, located 190km offshore from Guyana, in water depths of 1,500-1,900 meters. The oil reserve is believed to contain 4 billion barrels of oil equivalent (when factoring in everything that comes out of it, including gas). Another estimate says there’s more than 6 billion barrels of recoverable oil equivalent. Production of the LIZA crude oil assay (32.1 API + 0.51% sulfur content) is expected to be at 120,000 barrels per day according to ExxonMobil, which is the oil company that operates the FPSO LIZA DESTINY. The LIZA Phase 1 site is located 190km offshore at 8.02° N, 56.99° W. LIZA Phase 1 is expected to produce a total of 450 million barrels.

There will also be a LIZA Phase 2 in early 2022, according to a recent article published by Guyana’s Department of Public Information, which will be facilitated by an additional FPSO called LIZA UNITY, currently in transition phase from a regular VLCC. Additional FPSO’s are being anticipated by ExxonMobil as well in order to reach the target of 750,000 barrels per day by 2025.