Oil Transfers Can Be Hidden For Several Reasons

As you may already be aware from our research, obfusctation of oil transfers out at sea are the rule rather than exception when it comes to oil exports by countries under economic sanctions. However, obfuscation can happen for other reasons as well. Hidden oil transfers could happen as a result of theft (which we do run into), or that the vessel owner does not want to risk getting blacklisted by another destination port country because it moved oil for an adversary nation. And then there are also cases where the exporting nation (such as an OPEC+ member state) doesn’t want to show that it is exporting more than it really should as analysts use export data in order to reverse calculate oil production. After all, oil production agreements place a limit on how much each nation can produce.

For whatever the reason may be, here is an example below of a cloaked export where an empty Aframax (700K barrel capacity) called CLARET PRINCE switched off its AIS transponder on November 15th 2020 while heading into the Bay of Iskenderun, Turkey. The vessel then resurfaced on AIS exactly a week later, heading towards Ashkelon, Israel. When we studied the satellite imagery, we saw that she loaded close to 600K barrels of crude oil at the KRG (Kurdistan Regional Government of northern Iraq) port of Ceyhan, Turkey on November 21st. 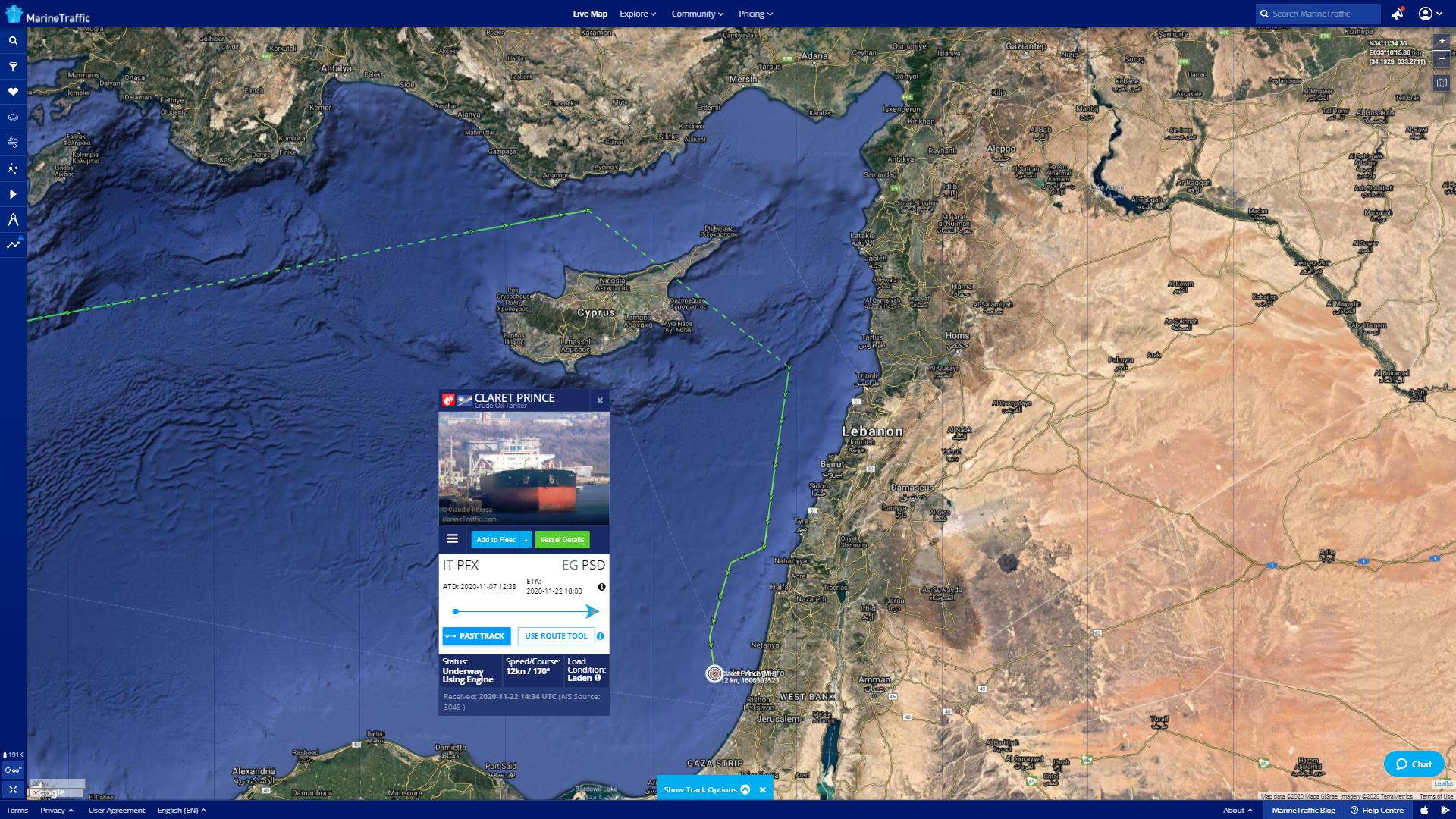