A VLCC supertanker by the name of SANTA MARINA popped up in Ash Shihr, Yemen on August 22^nd^, 2018. She arrived empty from northern China’s port of Dongjia Kouju after a three week voyage. Such an arrival is rare, and this would be our second VLCC sighting this year following the LUCKY TRADER back in April.

Really; we haven’t seen any VLCC supertankers (typically capable of carrying up to 2 million barrels of crude oil) export anything out of Yemen from ports other than Ash Shihr. The only other port we are aware of is a FPSO called the SAFER FPSO located off the west coast of Yemen near Hudaydah; which is mostly under Houthi rebel control. 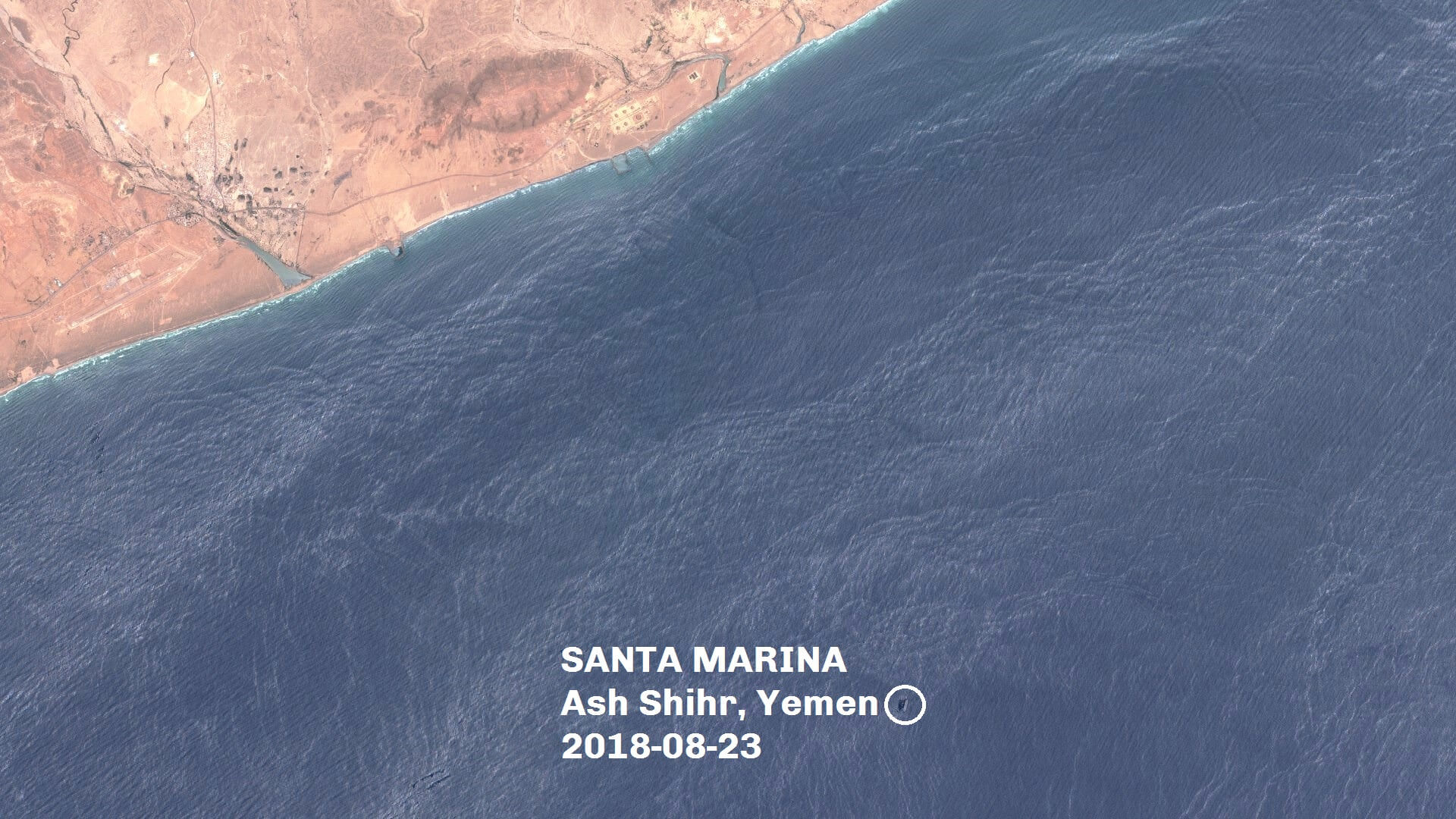 The Ash Shihr oil terminal was recaptured in April 2016 by Saudi & UAE-backed government forces after being briefly controlled by the AQAP (Al-Qaeda on the Arabian Peninsula). On the beach are six floating rooftop storage tanks that total 3.5 million barrels of storage space. They are fed from a 350,000 barrels per day, 138km long pipeline which originates north, in a location called Masila; produced by the state-owned PetroMasila.

Four days after arriving at the SBM off the shore of Ash Shihr, the SANTA MARINA departed with 1.8 million barrels of Masila oil, worth $135M. The destination hasn’t been specified yet, but the ETA is mid-September; which is enough time to reach the Far East. According to our records over the past year, this supertanker has also visited Japan. Interestingly enough, a story we covered on August 7^th^ about the AMBELOS (from Bir Ali Export Terminal, aka Rudum) ended up sailing to the JXTG Nippon Oil and Energy Sakai, Japan. So there’s a possibility that might be the case here as well. We covered this refinery in a recent article about the impact on oil storage by the Osaka earthquake in June. 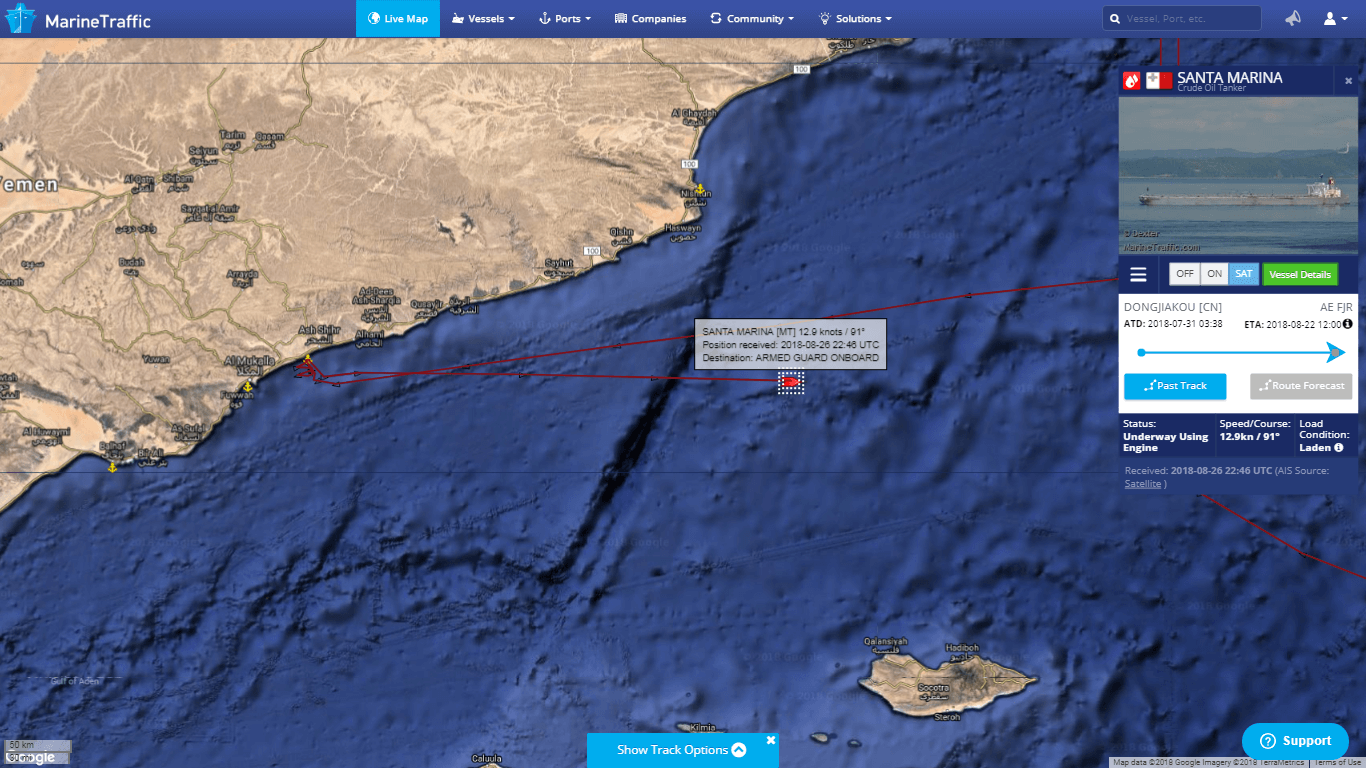 The question now is: Where will this (possibly) $135M oil revenue go now that Saudi Arabia is purportedly looking at opening a port in eastern Yemen, bordering Oman?

Update: On August 31st, 2018, the SANTA MARINA updated its destination to Rizhao, China. This is where the LUCKY TRADER went back in April.