The days of waiting 2-4 days before an NITC (National Iranian Tanker Company) supertanker flipped on its AIS transponder after departing Iran are now a fond, distant memory. The month of November has by far been the most challenging as we have seen AIS transmissions show tankers enter the Gulf area, but then switch off their transponders prior to loading oil at Iran’s various export terminals. Although we could identify them on very rare good weather days, the weather got in the way of most imagery, so we resorted to radar imagery instead. Based on that, we were able to deduce how many barrels were exported during the first fifteen days of the month.

After departing, the tankers simply did not switch them back on. Days passed, and now weeks. Here we are, 19 days into the month and we’re starting to see some early signs of activity again. We have held on to our idea that these tankers MUST enable their AIS transponders in congested waters where they are absolutely mandatory. One such place is the Suez Canal, which is west of the Middle East. The other is Singapore, which is the funnel into the Far East. We also remembered that the Malaysian ports in the Strait of Malacca have such a requirement as well on account of the STS (Ship-to-Ship) transfer acitivities that occur right next to busy lanes.

Well, lo and behold, here’s just a sample of what we saw today (November 19th, 2018): The SABITI is back online, and her first ping came out of the Strait of Malacca at 04:20 CET, after being offline since entering the Persian Gulf on October 20th. There are other tankers just like her in the area, and they switch off their transponders again immediately after departing Singapore for their destinations elsewhere in the Far East. What’s astonishing is that they managed to travel thousands of kilometers alongside fully-laden tankers in the Indian Ocean without incident. The entire point of AIS is to maintain maritime safety. 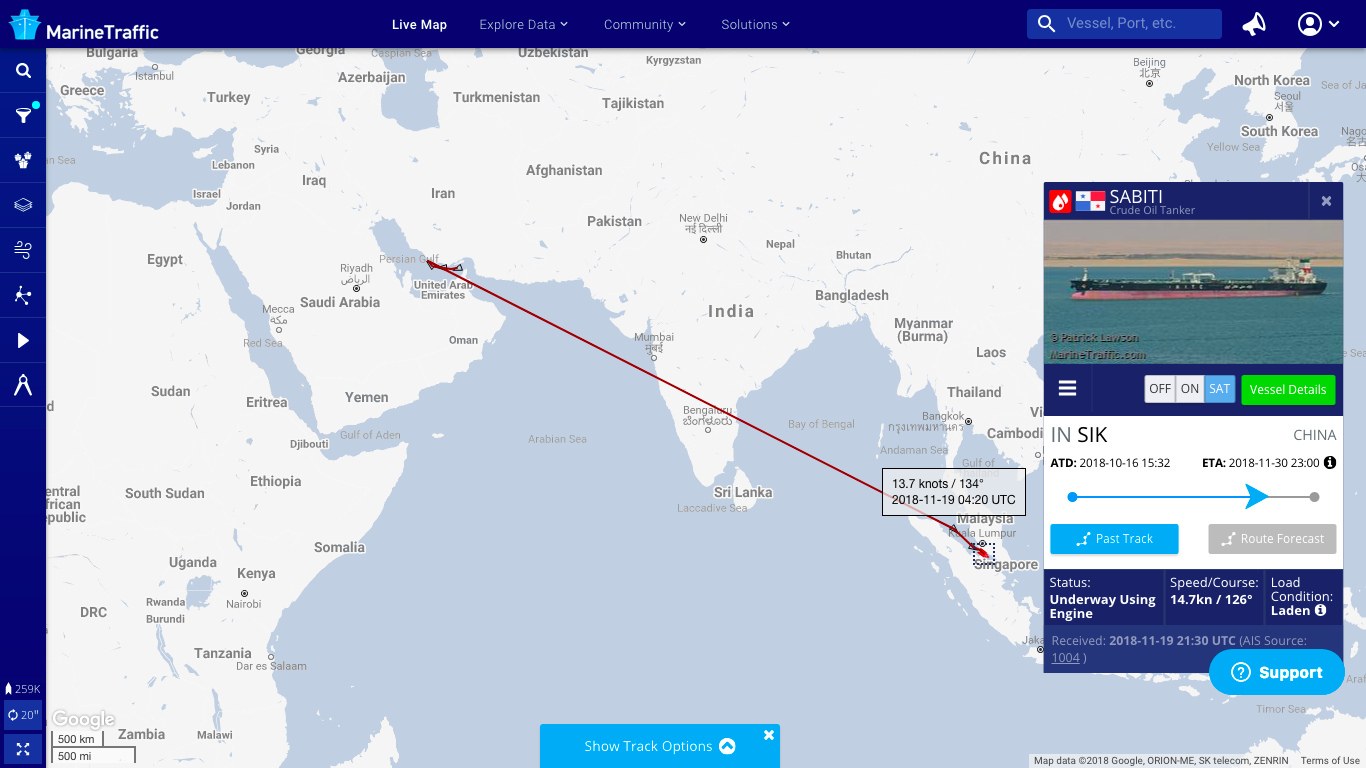