We were looking for a tanker that was due to deliver crude oil to Ceyhan, Turkey from Iran’s main export terminal, Kharg Island. The vessel (SEA SHARK) disappeared off the MarineTraffic map on the 17th of May, 2018 a while after sailing NNE out of the Suez Canal. We only wanted to make sure she reached her destination for our monthly exports report.

We checked the entire Bay of Iskenderun where Ceyhan is located, and could not find SEA SHARK on either MarineTraffic’s AIS (Automatic Identification System) map or on satellite imagery from Planet Labs. A week had passed and we searched the entire Turkish coastline. Nothing. We even checked Cyprus and its anchorages. Still nothing. None of the vessels matched the color scheme, specific markings and dimensions. We then broadened the search by including the Syrian coastline and were able to identify SEA SHARK on a Sentinel-2 satellite photo (10 meter resolution) captured on the 21st of May. The days prior and after were too cloudy. She was located in the anchorage of Baniyas, which is where the main coastal refinery is located. She was tethered by hose to floating buoy which receives the crude oil and then sends it by a submarine pipeline to the refinery’s onshore storage.

After delivering the 963,000 barrels of crude oil to Baniyas, SEA SHARK then departed and reappeared southbound for the Suez Canal on the 24th of May, seven days after having switched off her AIS transponder.

Switching off the AIS transponder has become routine for deliveries of oil and products to Syria. We have noticed LPG arrivals from Greece doing the same. Supplies of diesel deliveries from Russia’s Black Sea ports are not always as cautious as they supply their permanent naval base in Tartus, Syria. 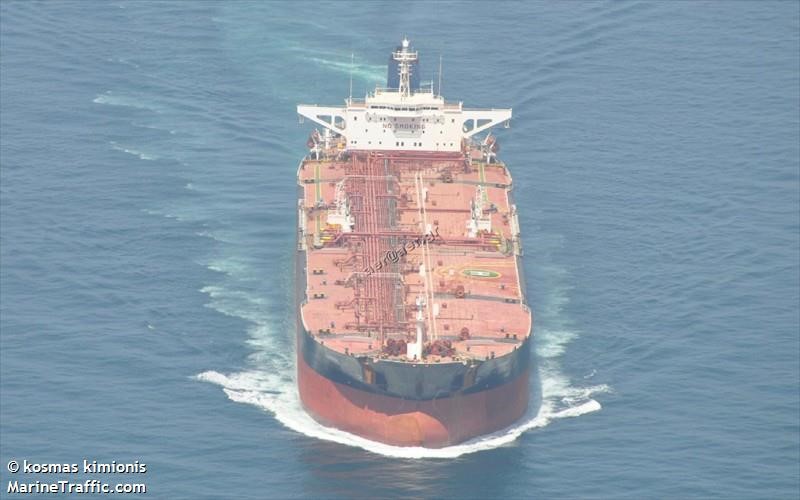