Leave No Barrel Behind

Following the purported assault on the Saudi tankers in late July, 2018, one vessel in particular remained offline from the AIS (Automatic Identification System) grid while sailing north towards Jeddah for repairs. This vessel is a VLCC (2 million barrel Very Large Crude Carrier) by the name of ARSAN. She was carrying 2 million barrels through the Bab Al-Mandeb strait on the morning of July 25th when assaulted. There was however something odd, and that is the lack of data between July 23rd and August 5th on her loction. We used a straight line to estimate the potential location, which automatically closes the data gap over these 13 days, but this stillhasn’t provide enough information. Even with the time we put into searching the vast amount of satellite imagery, the poor weather stood in the way of visibility.

We do however have this one clue: Another vessel came to ARSAN’s assistance.

At first, the vessel was unidentifiable because it wasn’t even on the AIS map. Instead, it was spotted on this satellite image on August 9th, 2018 at 21.29N, 39.05E, which is in the anchorage of Jeddah, Saudi Arabia. 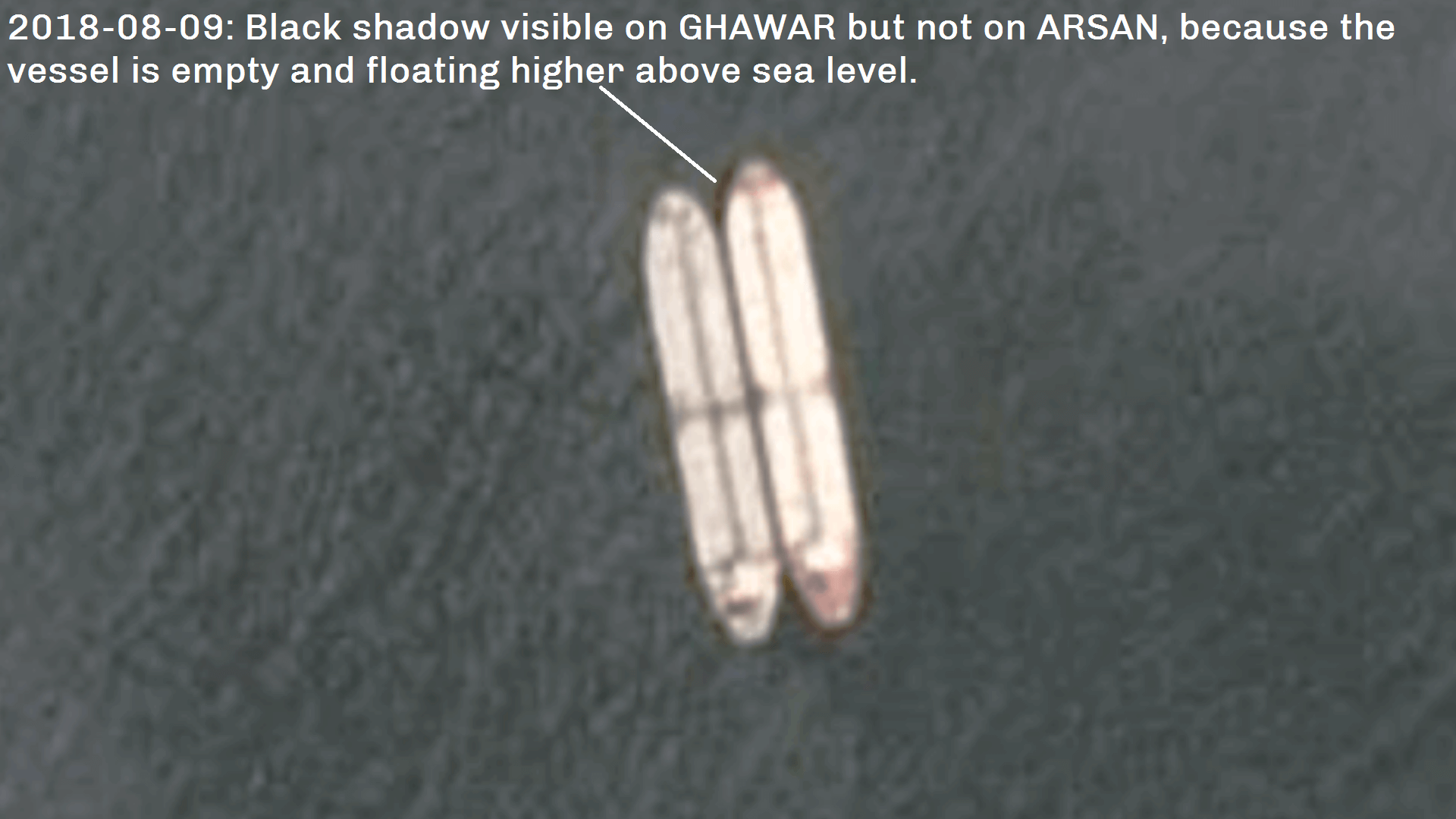 When we back-tracked the GHAWAR, she sailed together with the ARSAN around the Arabian Peninsula towards the Bab Al-Mandeb strait, but the GHAWAR seems to have managed to avoid the assault, and sailed all the way up to the SUMED (Suez-Mediterranean) Pipeline in Ain Sokhna, Egypt for a successful delivery. This was a successful oil transfer at a time when market commentary was expressing concern that deliveries were being affected. The SUMED has two large tank farms, each one located on the opposite end. One being the Red Sea and the other the Mediterranean Sea. These tank farms act as a cushion in case of any supply outages.

The GHAWAR flipped the switch on her AIS transponder after gathering some distance from the scene of the STS (Ship-to-Ship) oil transfer. She then continued back north to Ain Sokhna to deliver ARSAN’s tardy payload of 2 million barrels. From the looks of it, she’s not spilling anything either given that we haven’t seen any changes to the surface of the Red Sea. Though we do not know the condition of the ARSAN in terms of damage, we haven’t seen any smaller vessels tethered to her side for assistance, and will likely have to enter port for a proper inspection and reparation. We’ll come back with an update whenever she sets sail for the east coast. 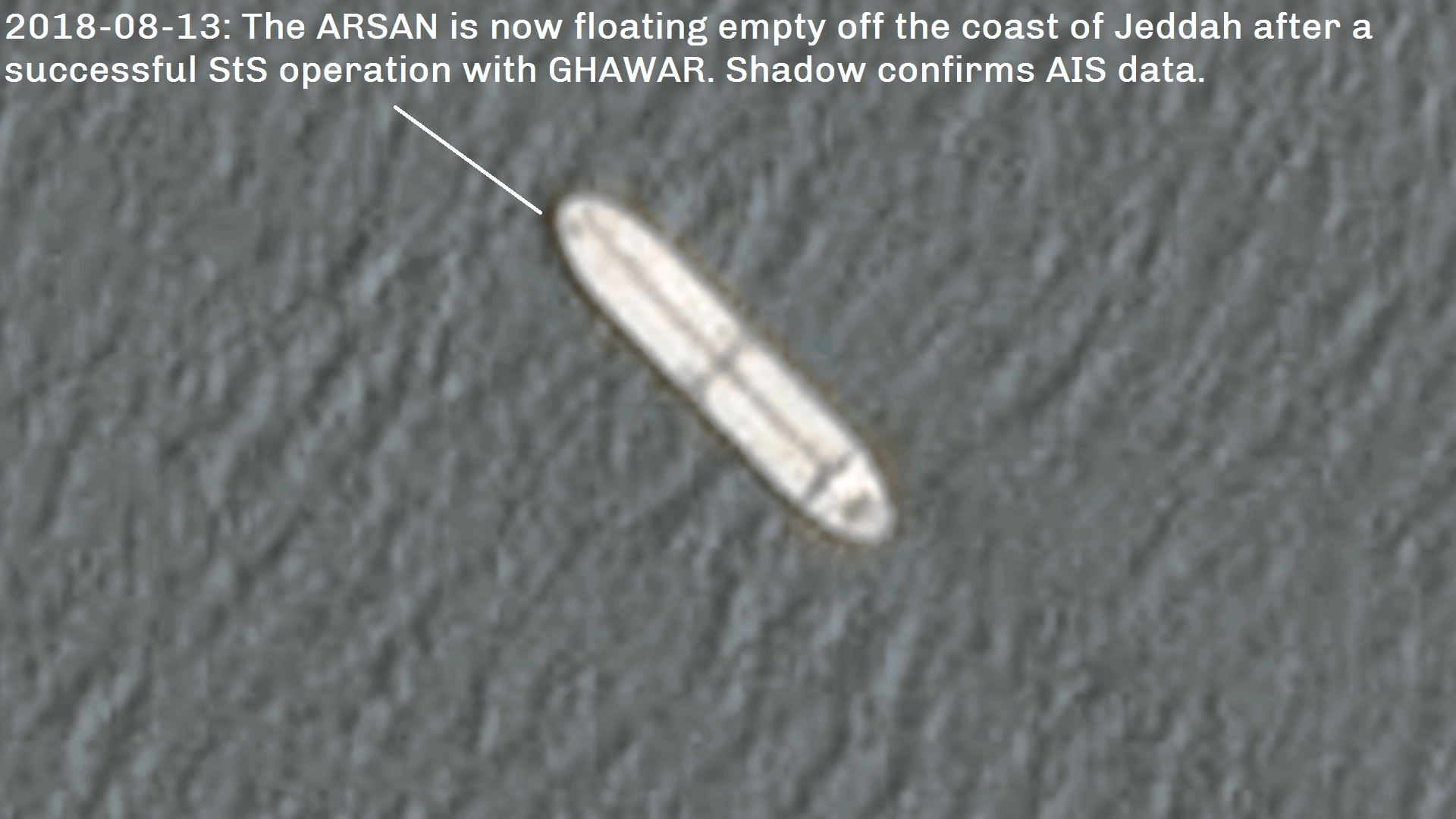 UPDATE September 25th, 2018: The ARSAN is still sitting tight in the very spot she carried out her STS transfer in early August. It seems as if they are still waiting for repairs to take place.