Situated just two kilometers from the beach of Limassol, Cyprus is a tanker called the TOUR 2. According to satellite imagery, she has been sitting there empty since January, 2018. As a Suezmax tanker, she is capable of traversing the shallow waters of the Suez Canal with a million barrels of crude oil at a time. This, in and of itself, is not so strange - but the mystery right now is her current status.

The TOUR 2 (formerly called the MT TOUR) has been owned by Iran since her completion in 2007, but has hoisted several flags along the way: Malta in 2009, Bolivia in 2012, Sierra Leone later in 2012, then Togo at the end of 2012. It kept the Togo flag until it adopted an Iranian flag in 2017 and then switched flags to Panama in 2018. It seems like they may have had issues - during 2012 in particular - as that was the year sanctions were imposed on Iran by the United Nations. This may have led to some pressure on Bolivia and Sierra Leone to revoke the Flag of Convenience away from this vessel. 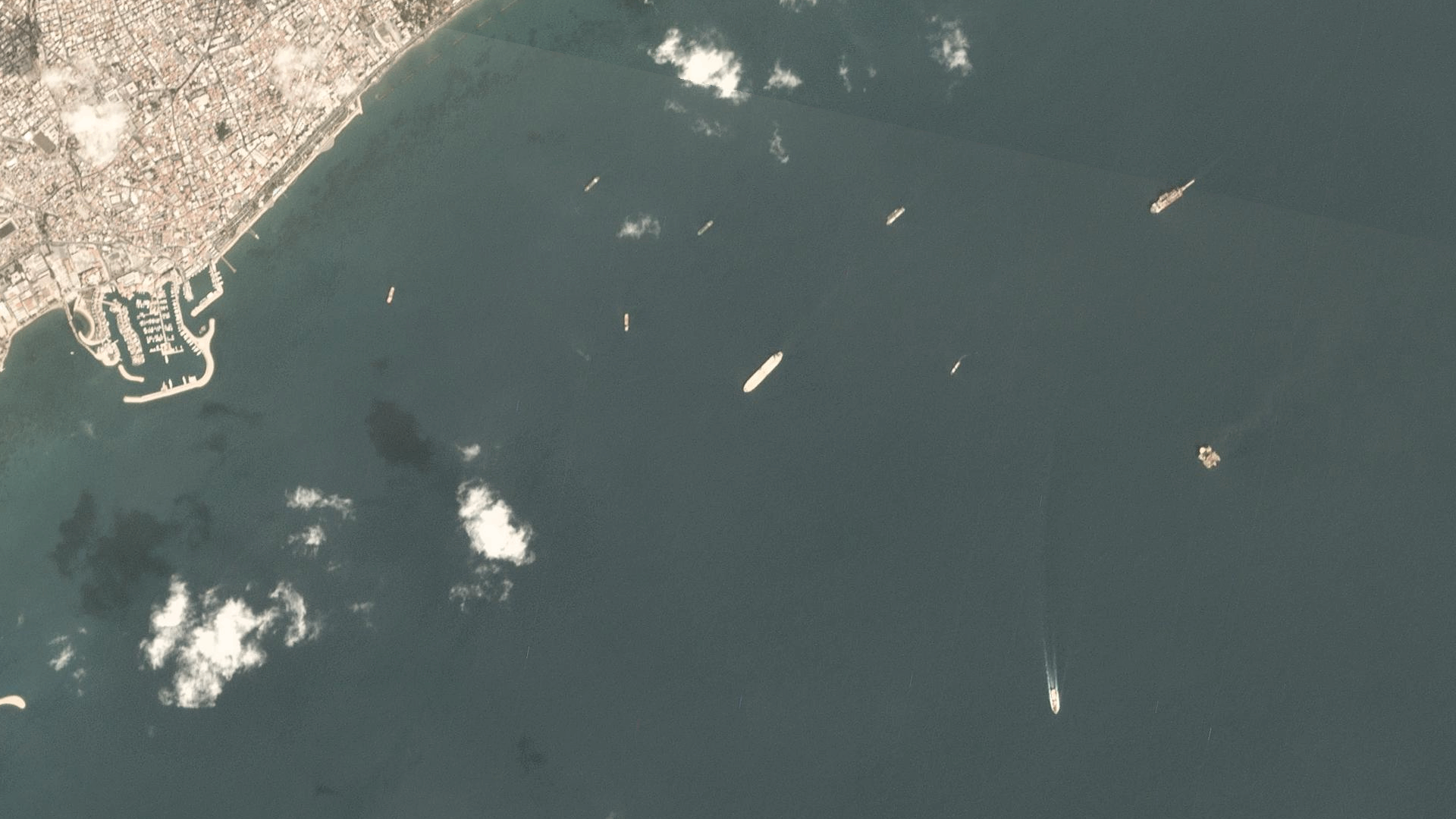 The TOUR 2 has a pretty colorful past. In more recent times, she carried oil from Kharg Island, Iran to Baniyas, Syria. We have documented it on two occasions: she departed Iran with a million barrels on March 30^th^ 2017 and then again with roughly the same amount on June 12^th^ of the same year. Before that, we can see that she transported crude oil from Syria to the Far East. This, at a time when Syria was sanctioned from exporting oil. In late March 2012, she was stopped in the Suez Canal for five days due to not paying the canal’s transit fees.

Once Reuters got in touch with the company she was registered (ISIM Tour Ltd. in Malta), the company clarified that they had no knowledge of any link with Iran, but still went ahead and delisted the vessel due to sanctions on account of it carrying Syrian oil. The funny thing, really, is that the company in question is affiliated to Iran, according to the US Department of Treasury.

A little earlier this year, when TOUR 2 had completed her clandestine deliveries to Baniyas, Syria, and finally settled in at the anchorage of Limassol, we all wondered what she would do next. We contacted her new owner (Marvin Shipping) but have received no reply when asked if they are the new owner. They do not mention the vessel on their website, which does, however, show another vessel we are familiar with; the AEGEAN STAR, which was formerly known as the AMIN 2. Yes, it’s a sister tanker belonging to Iran. Both vessels are - or, maybe, were - owned by the Irano Hind Shipping Co., which is a joint venture between Iran and India.

As we have kept close watch on TOUR 2 during 2018, we have been curious to see where she’ll go next, and we’re beginning to see signs that this vessel might be making a trip some time soon.

Since late August, we’ve been seeing that the crew has been fiddling with the AIS transponder by shifting the draft level, the measure that indicates the vessel’s depth in the water, along with the destination name it is reporting. We suspect that they are awaiting on new orders to come in soon.