As you may have already seen in the media these past few days, there’s a diplomatic spat between Saudi Arabia and Canada. We had a look ourselves at the map to see if there’s any movement of crude oil to Canada from any of the GCC states, as Saudi Arabia stated that the Gulf Cooperation Council is backing their decision. At the same, Saudi Arabia’s national oil company, ARAMCO, has stated that this situation won’t get in the way of oil trade between the two leading oil-producing nations.

We immediately had a look at what’s happening out at sea, and didn’t find anything for a number of days until this oil products tanker popped up on our radar just now; the POLAR UNICORN (of all the names!). She seems to be carrying approximately 428K barrels of refined product for the power plant at Point Tupper, Canada and is expected to arrive on August 15^th^. Also note that yesterday she even took a decisive turn for Point Tupper after sharply deviating from her original plan of delivering to New York City! Relations aren’t entirely frosty, are they? 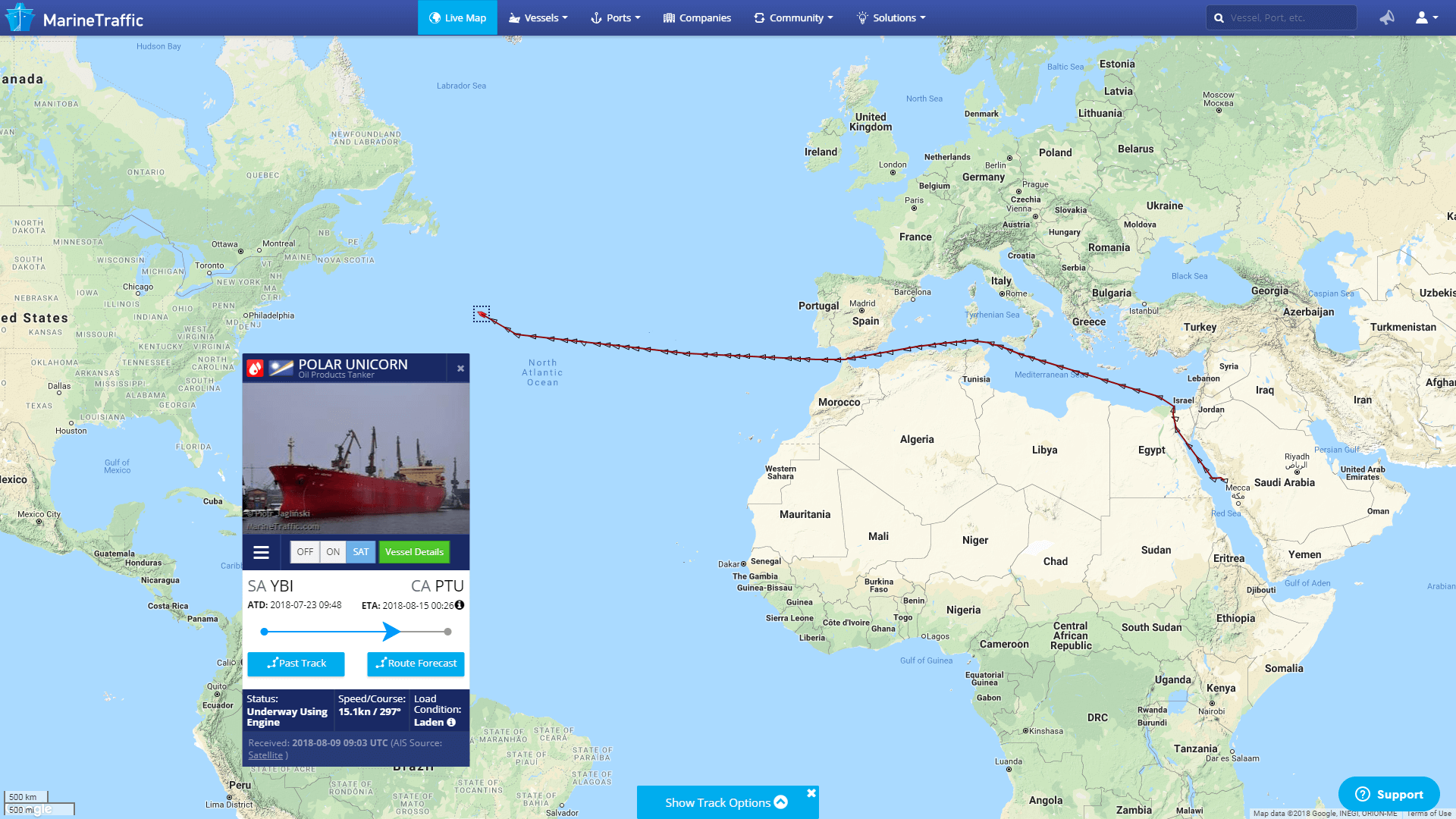 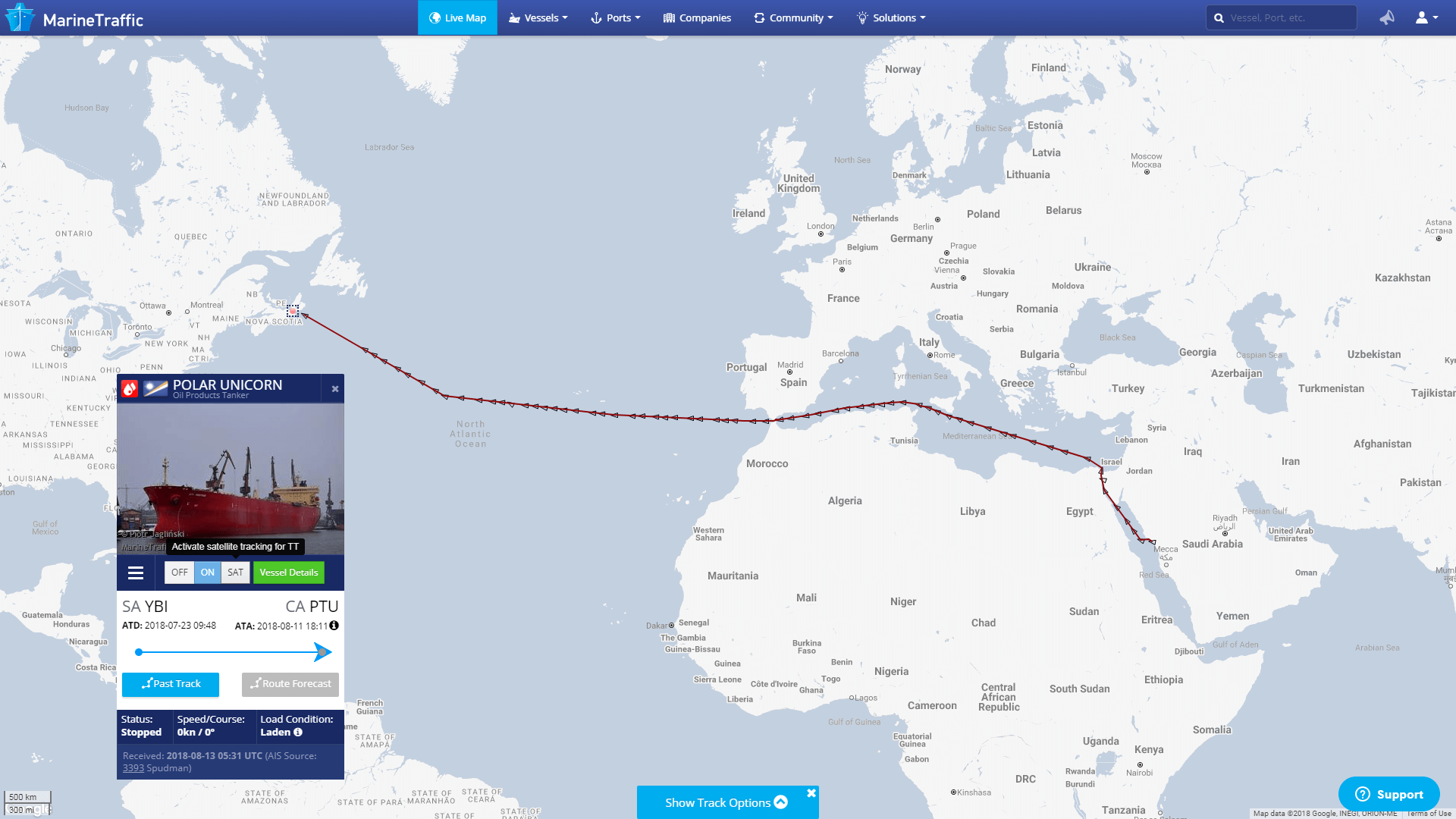 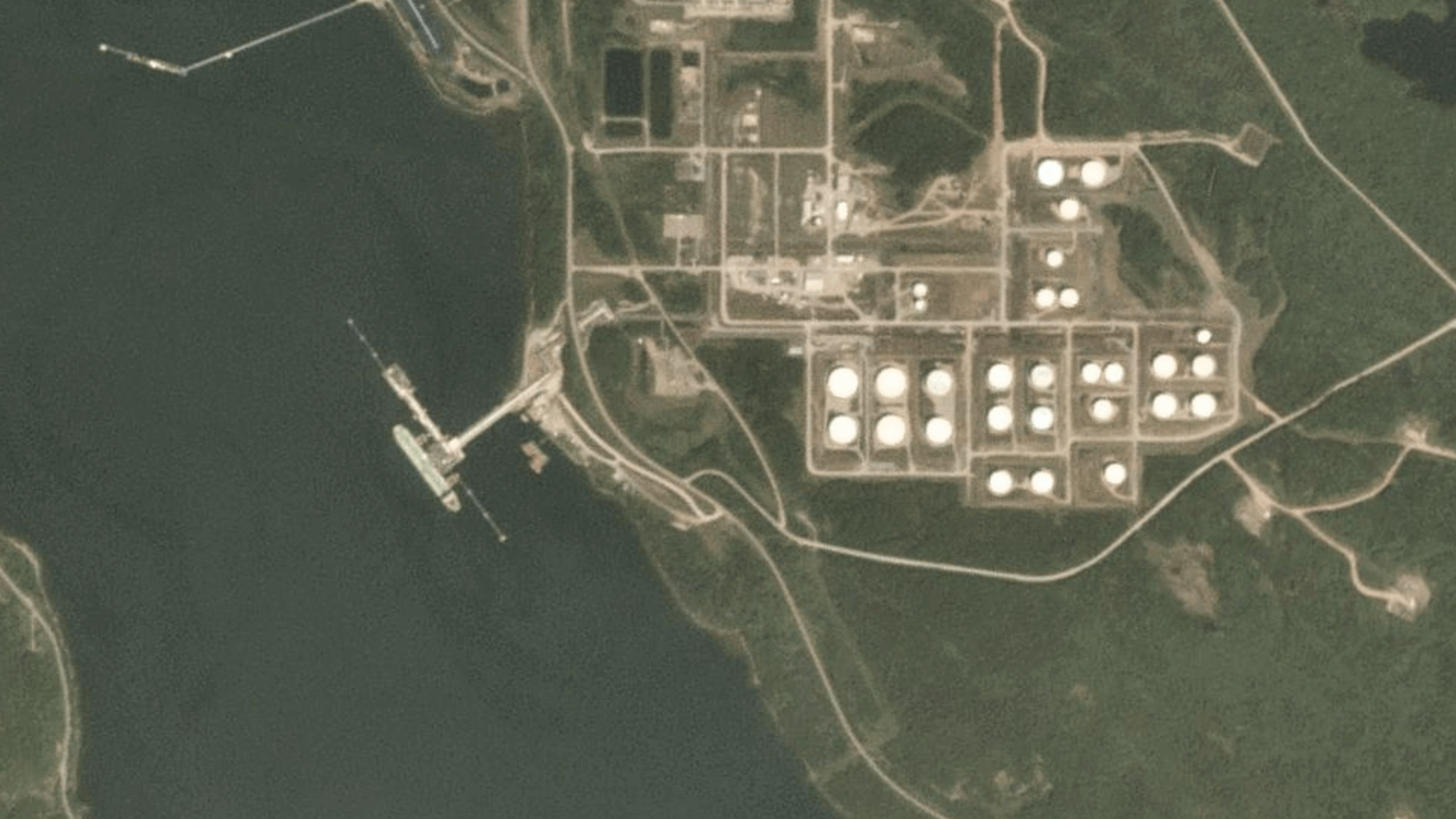