We just documented the very first VLCC departure of crude oil out of Iran since the oil sanction waivers had ended on May 2nd, 2019.

Her name is PACIFIC BRAVO.

This VLCC supertanker is capable of transporting 2 million barrels of crude oil and has just departed Iran with a mixture of crude grades. There was a loading at Kharg Island on May 13th and another one on May 15 & 16th at the Soroosh offshore oilfield from the KHALIJ E FARS, an FPSO vessel which produces oil from the seabed and delivers it by hose to another vessel.

The AIS trace shows that the PACIFIC BRAVO sailed up the middle of the Gulf and then just hung around there for a few days only to depart a few moments ago. The vessel had actually sailed east towards the Kharg Island oil terminal while switching off the AIS transponder on May 11th and then resumed on May 16th just a few km away.

The PACIFIC BRAVO is carrying 1,955,668 barrels of mixed crude (let’s just call it a cool two million), and the current broadcast is showing Indonesia as its destination. We do not believe that will be the case as this vessel is owned by the Bank of Kunlun; a holding of CNPC Capital (China National Petroleum Corporation). The vessel was recently sold to Kunlun. We believe she’ll meet up with the other Kunlun VLCC’s in the Strait of Malacca. Should reach them in about two weeks time. After that, the oil will most likely find its way to China. 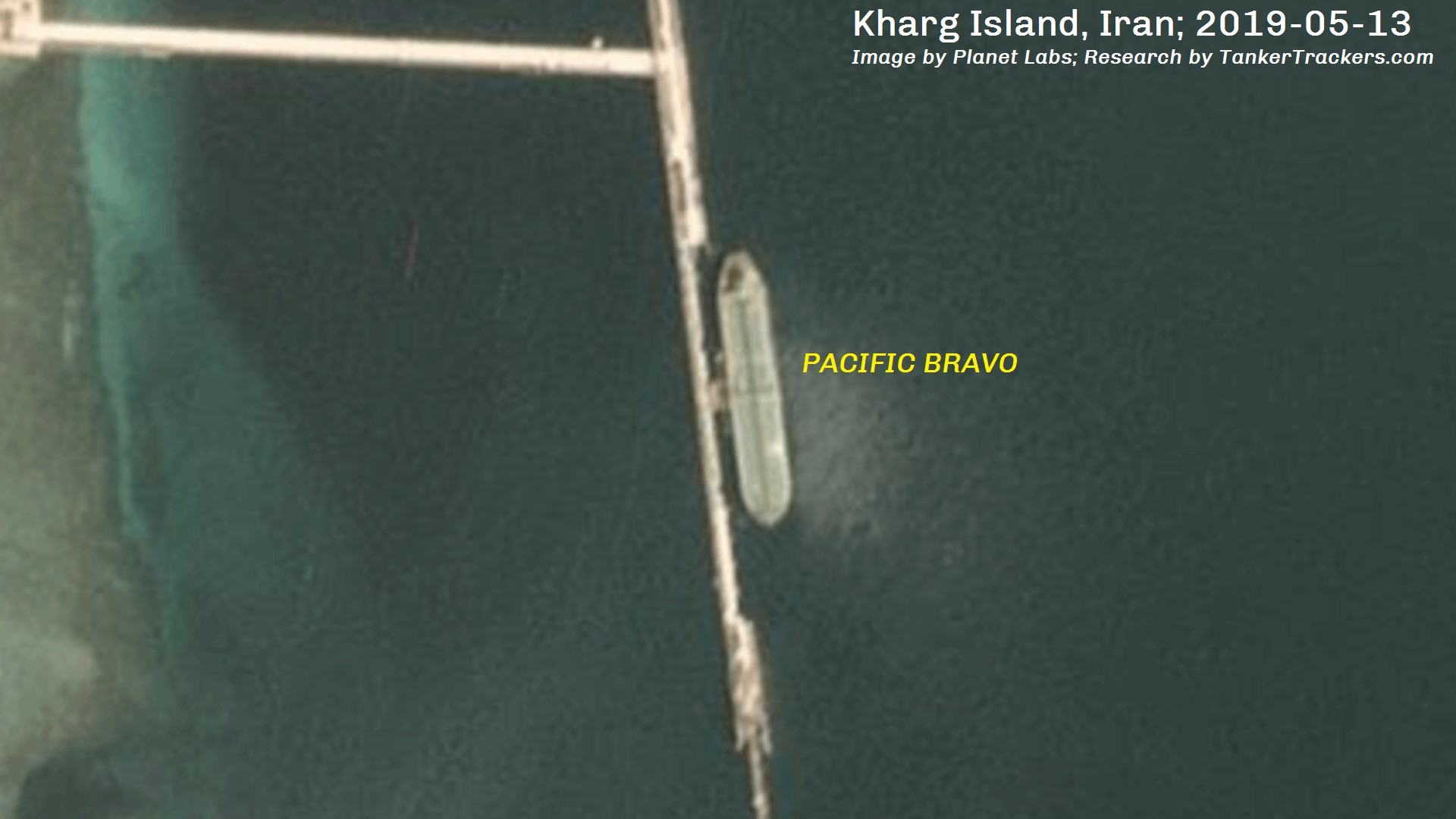 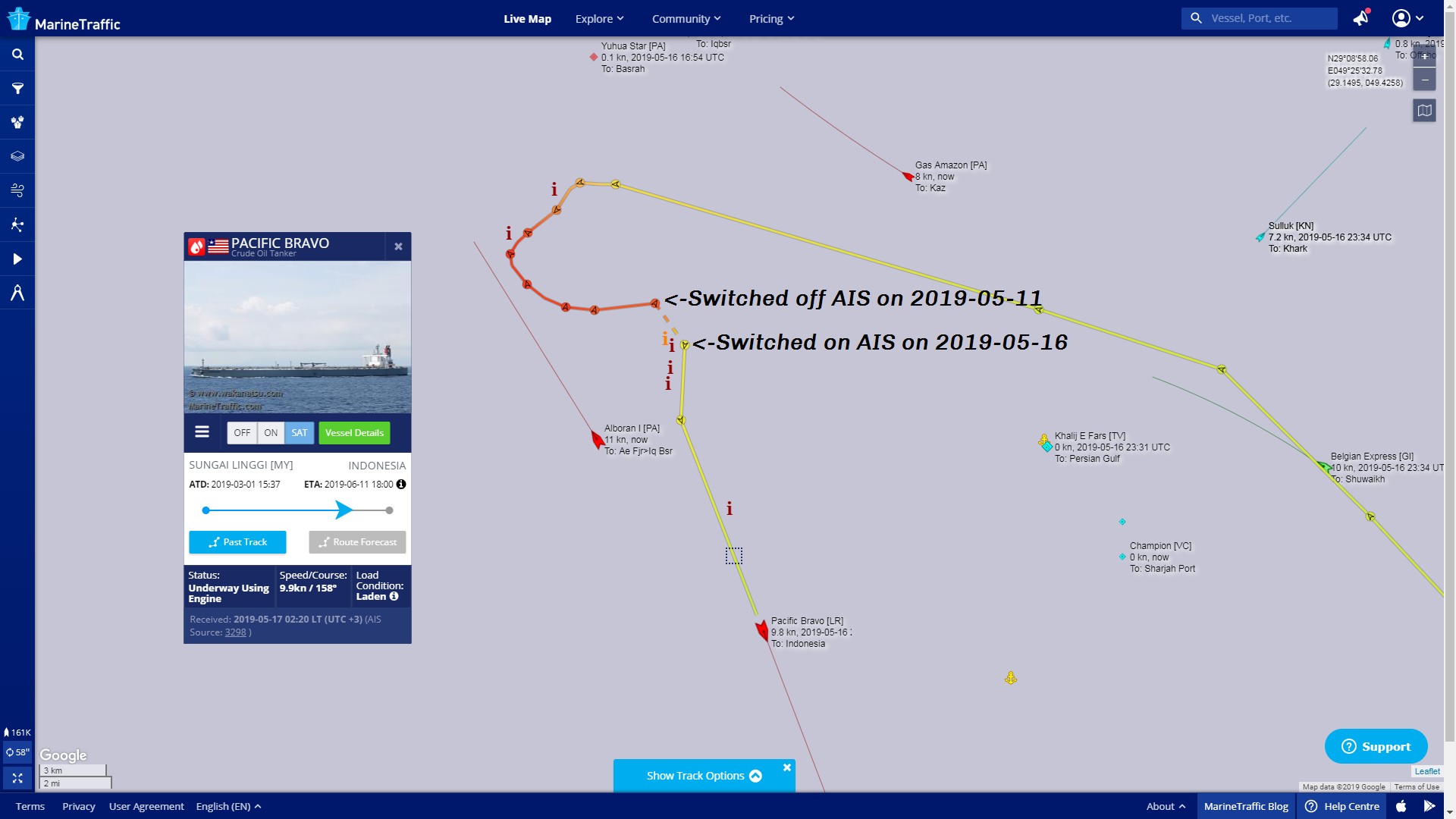