Desh Vaibhav - VLCC Supertanker That Exploded in the Gulf of Oman

Yesterday on August 14^th^, 2018, an explosion occurred in one of the oil cargo tanks aboard the Indian flag-bearing VLCC, the DESH VAIBHAV. Fortunately, she was wasn’t carrying any oil cargo as she was returning to the Middle East (Fujiarah, UAE), after a 2 million barrel delivery to Sikka, India, from Qatar. An unconfirmed, but likely, photo has surfaced on Twitter. 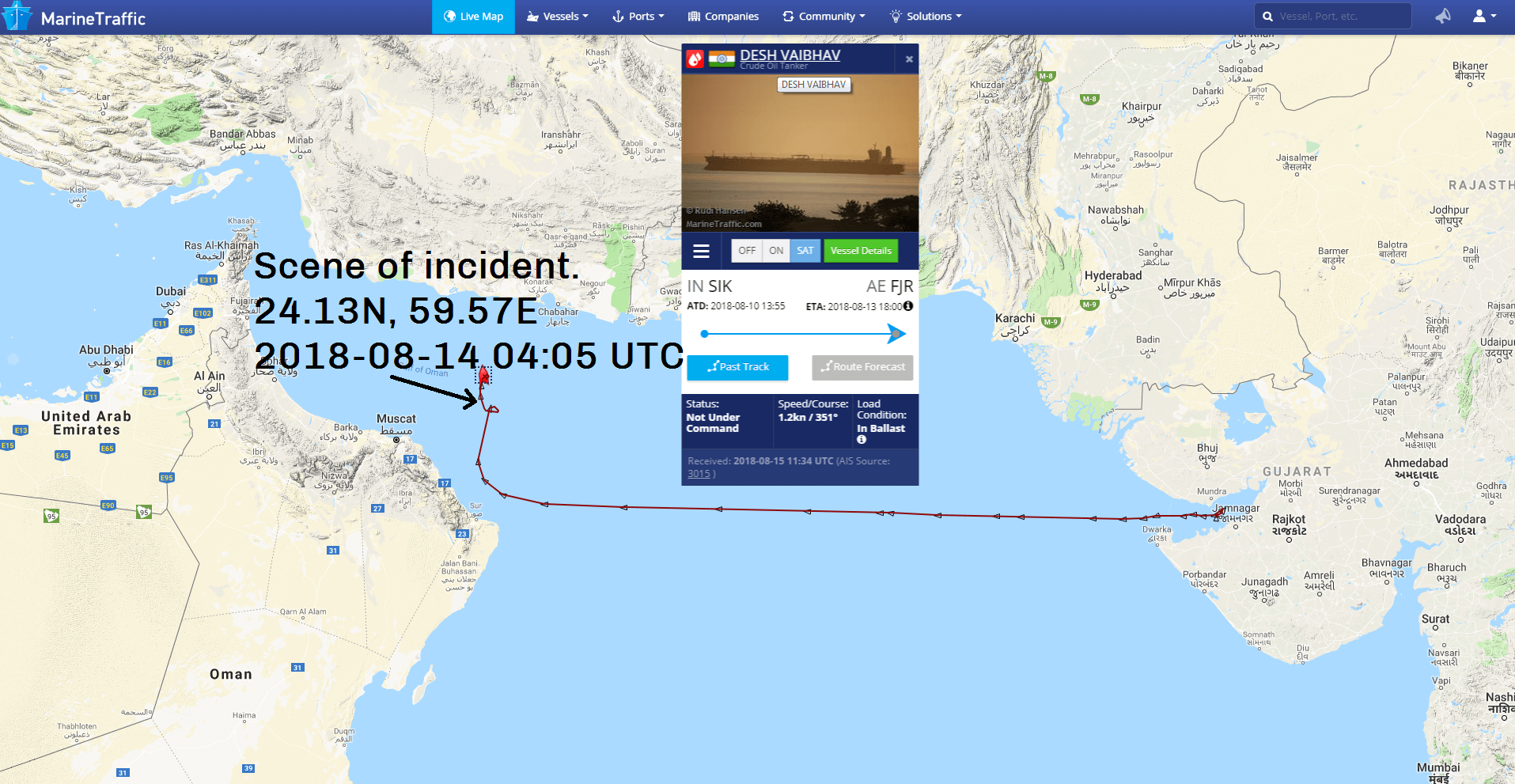 The explosion reportedly took place at 04:05 UTC, killing two crew members while a third was reported to be missing. Today, the Shipping Corporation of India is reporting everything is under control and that the remaining crew are back aboard. The two casualties have been sent ashore while an injured third is being treated at a hospital in Muscat, Oman. 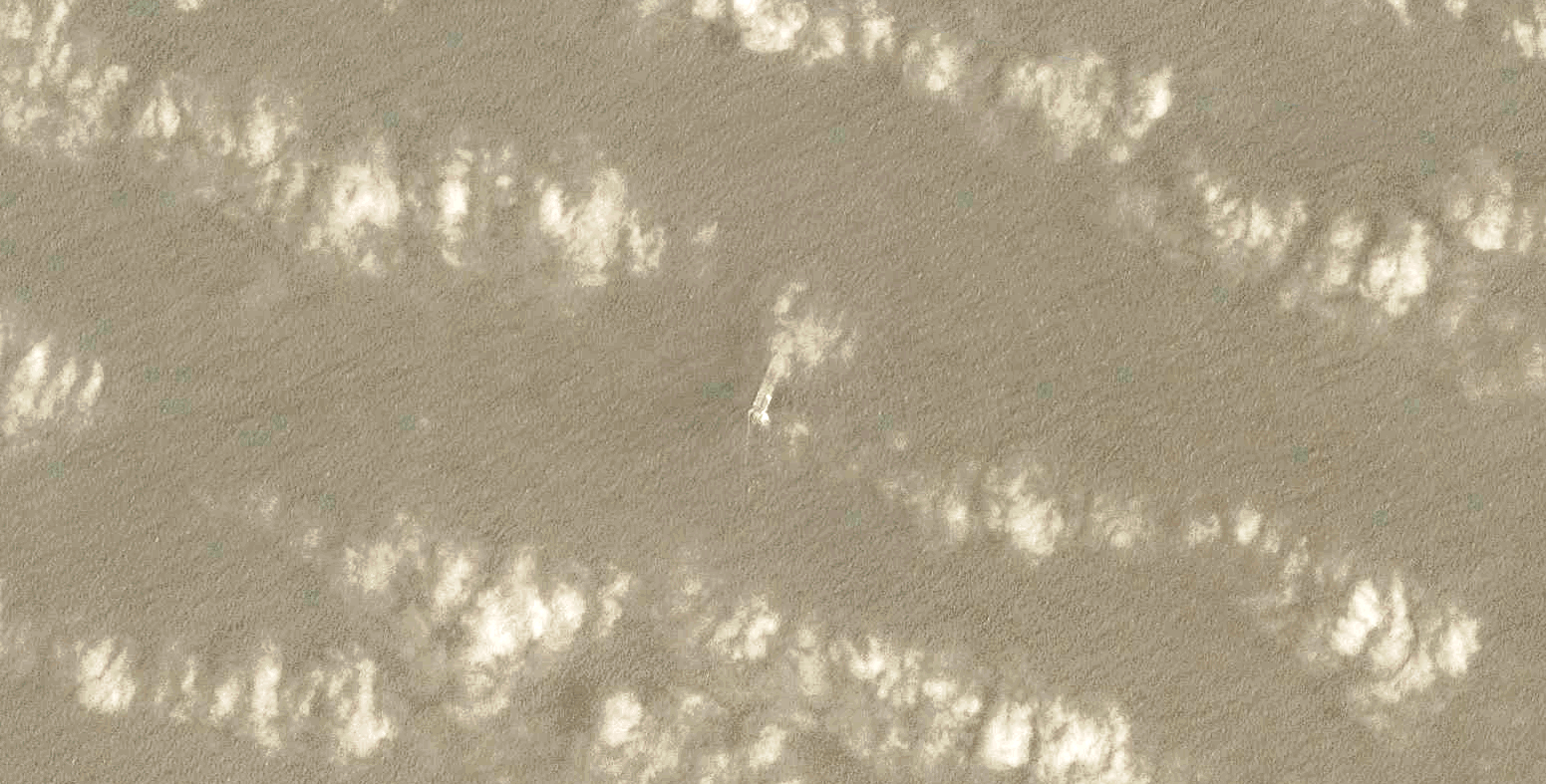