The price of oil crashed during 2015 and as a result, so did the number of deployed US crude oil rigs out in the field. US production rose to 9.6 million barrels per day, mostly driven by the advancements in shale oil. Then during 2016, OPEC began working on building a group consensus, together with non-OPEC member Russia, to coordinate a production freeze. The market didn’t see any benefit as a result, so they had to push the envelope further - and that was in the form of a production cut. By then however, oil producers in the US had already seen that the oil price had risen enough to deploy more rigs out in the field; and that’s what they did. This drove production even higher. 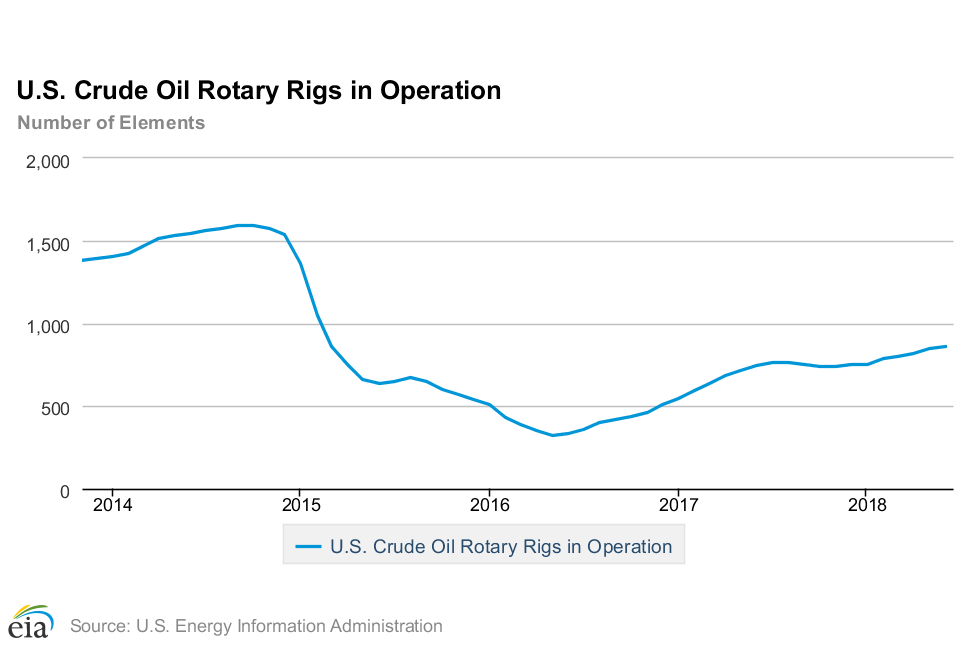 Let’s have a sneak-peek at the NOV Rig Systems oil rig parking lot in Odessa, Texas, shall we?

Here is a monthly animation for entire 2016. As you can see, very little displacement during the year until you reach Q4; the last 3 frames in the animation sequence. The year began with 510 deployed oil rigs, dropped to 320 by May and then ended the year with 507 out in the field.

During 2017 however, we see a proper boost from 542 deployed rigs and, peaked in July at 765 and then ended the year at 748. Meanwhile, the parking lot shrunk of its ready-to-ship oil rig kits.