POSEIDON I has finally showed up again on AIS today after roughly 11 weeks of avoiding detection. The red-deck Liberia-flagged VLCC picked up two loads of Venezuelan Merey-16 crude oil over the past half year. According to MarineTraffic, the vessel is owned by Dynacom Tankers, who recently had a few vessels blacklisted by USA. During her voyage in December 2019, we saw that her AIS transponder was online up to Curacao, after which point the AIS transponder was switched off on 2020-12-09. Days later, we spotted her loading at the deepwater berth at José Terminal. She transported nearly 1.9 million barrels to the Russian Rosneft-owned refinery in Vadinar, India called Nayara Energy Refinery. Back then, her transponder was at least switched on in the south Atlantic Ocean just off the west coast of South Africa on 2020-01-13. That allowed us to at least get a clue of direction, which became apparent once she headed up the east coast of South Africa towards the Mozambique Channel. This usually means that the destination for Venezuelan oil would either be India or UAE; UAE for STS transshipment.

POSEIDON I was in Venezuela during December 2019. Came in via the Suez Canal. 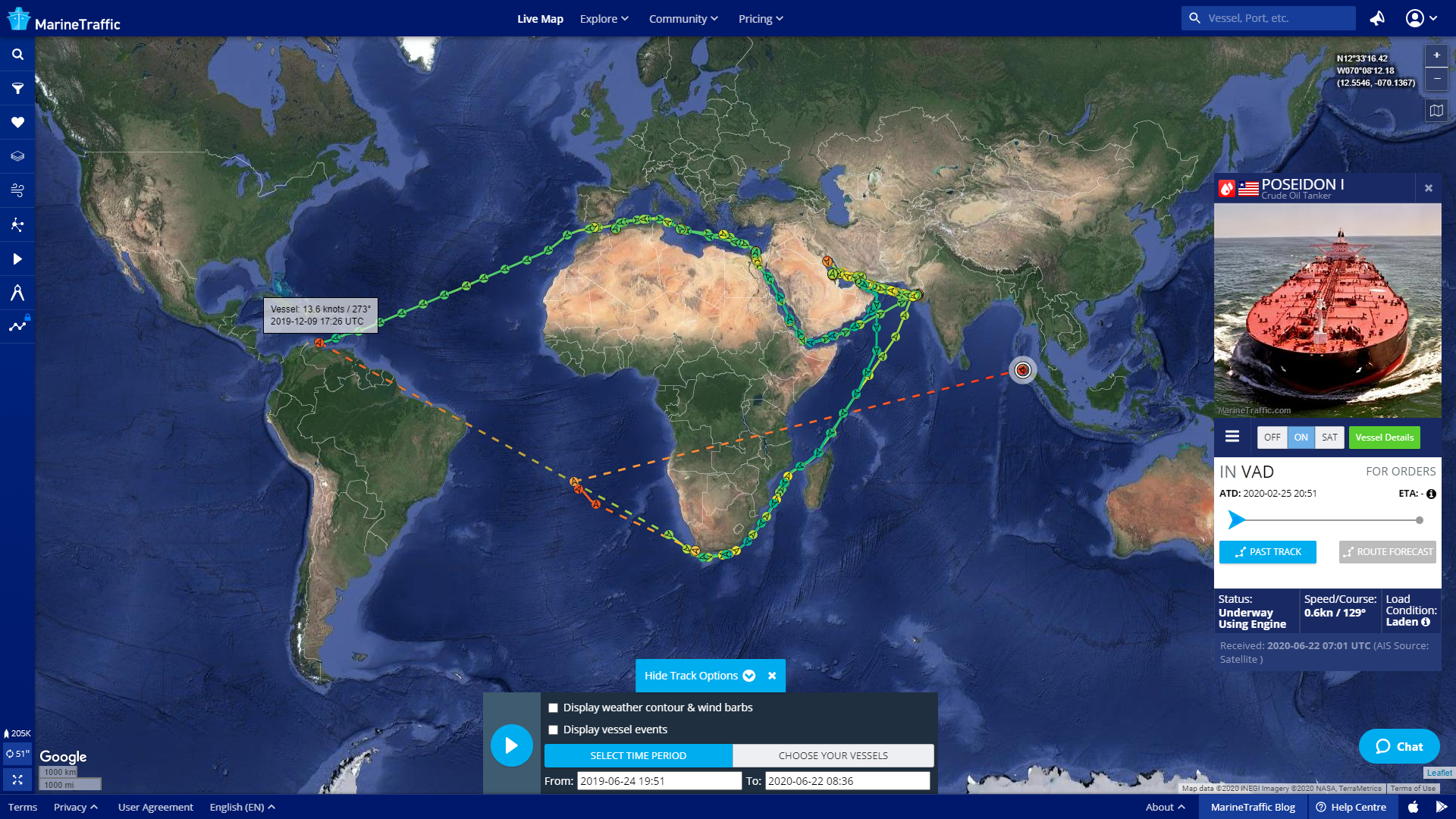 According to the AIS data from MarineTraffic, the vessel then continued to the anchorage of Fujairah, UAE where she spent a day (2020-02-29) bunkering/fueling up ahead of her next voyage to Venezuela. This time, she didn’t go via the Suez Canal, but went all the way around Africa. It was on 2020-04-08 that her AIS transponder was then switched off in the middle of the Atlantic Ocean. A few days later, we picked up on that and immediately understood that she was likely revisiting Venezuela considering her trajectory and behaviour. Sure enough, we sighted her back at the JOT (José Terminal) in Venezuela in late April 2020 and she spent a good long while there loading up on another 1.9 million barrels of Merey-16 heavy crude oil. 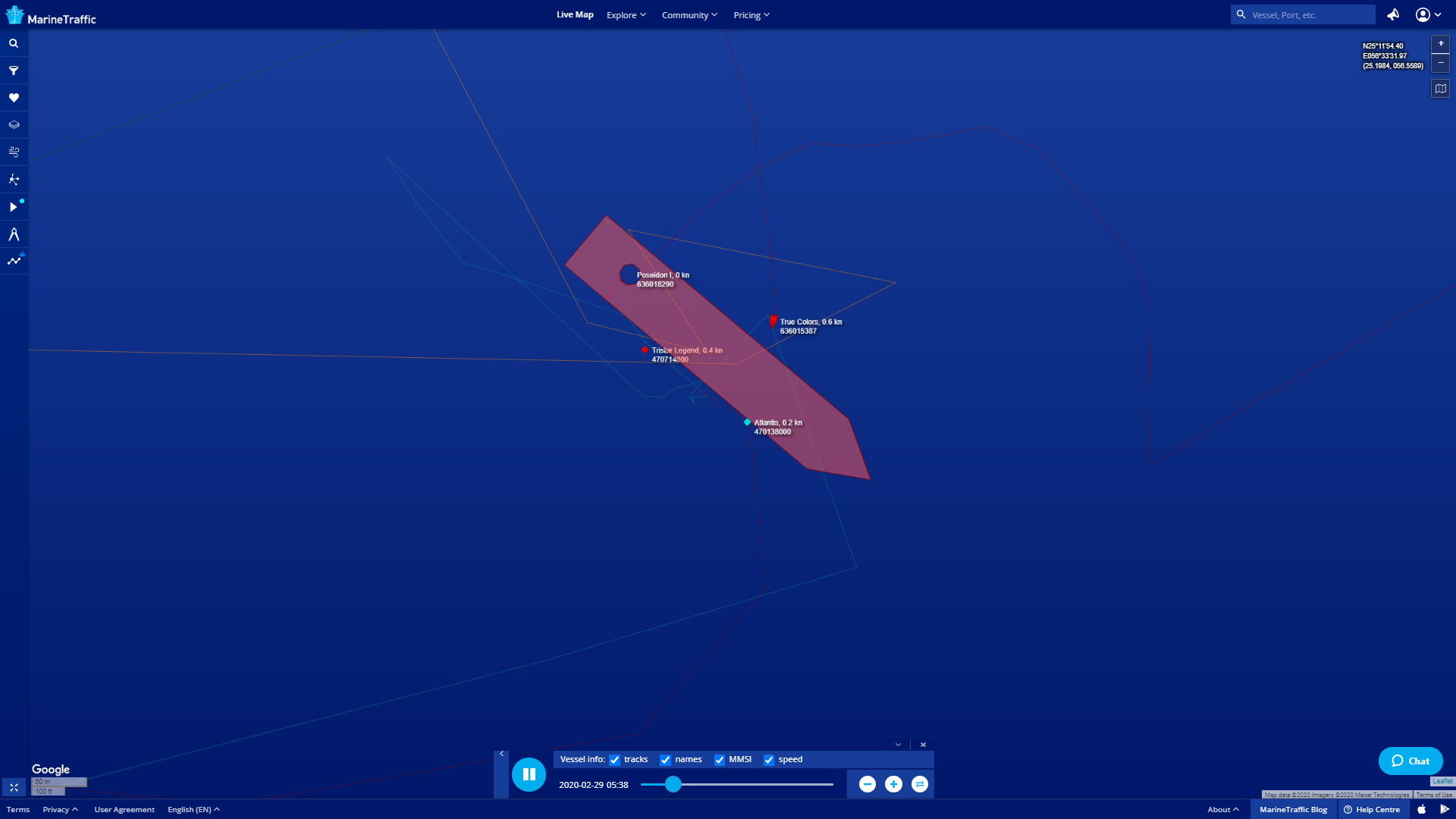 Once POSEIDON I was done, we believe she departed on 2020-05-07 as we last saw her only the day prior. After that, she was gone. Now nearly 7 weeks later, she pops up again (over AIS) about to enter the Strait of Malacca. It’ll be very interesting to see if she actually continues straight to a destination port or conducts an STS transshipment. In most cases which we have documented, the transshipments occur in a transparent manner in the Strait of Malacca because the vessel crews were only instructed to obfuscate their presence only while in Venezuela. This means that they believe that they are safe from detection when obviously not. 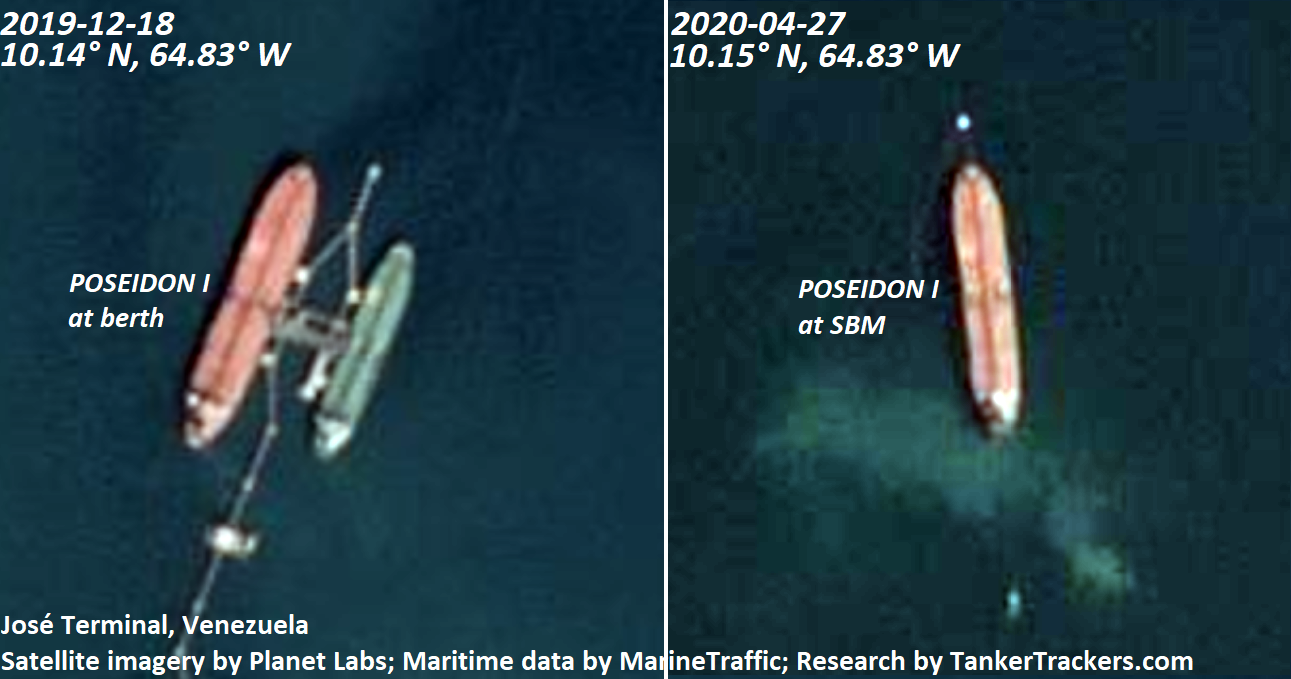 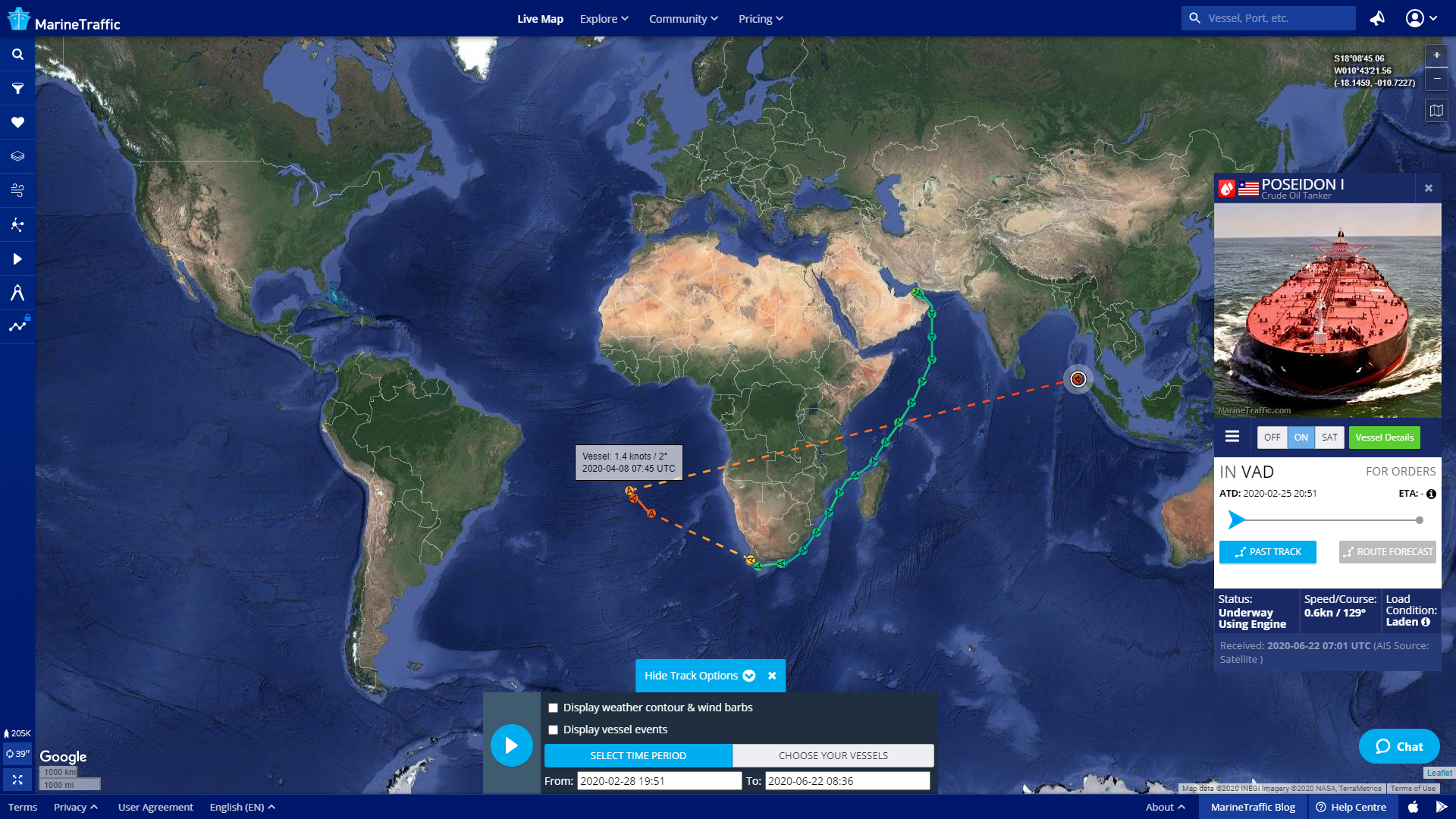