The AIS trasponder was intentionally switched off, as a way to mask their position, to try reduce the risk of a further attack. We spotted her as she popped up in Jeddah after switching off on July 23rd, just prior to entering the Bab Al-Mandeb passage.

Needless to say; that’s a very long time for any vessel to remain offline. 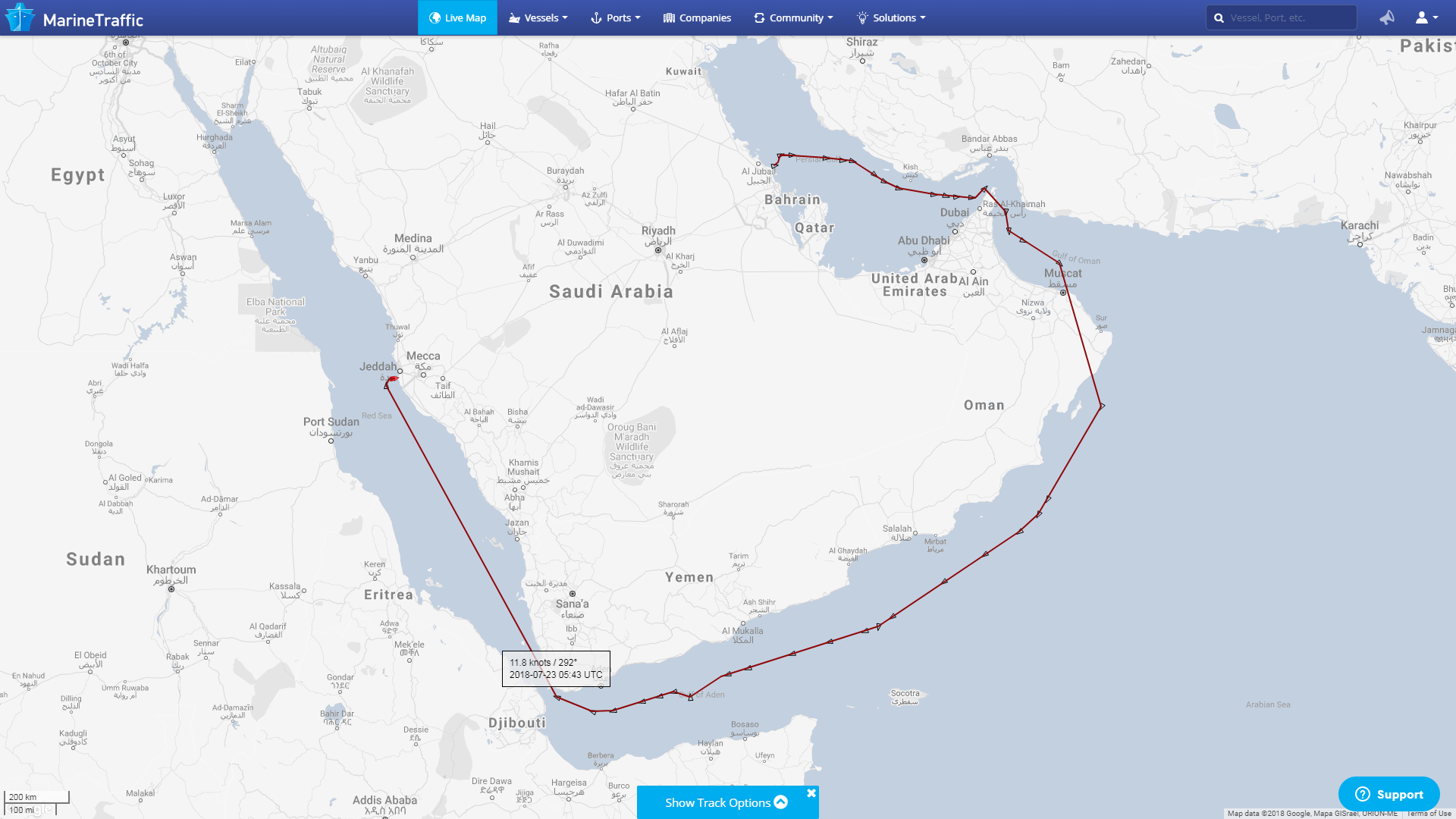