For those of you who are unaware, we have made it part of our schedule to publish a new report on the 15th day of each month, showing how many barrels were shipped daily by OPEC nations (we track) to the United States of America. Saudi Arabia began much lower than this and we discovered that they changed their destinations much later into the trip to the US from other actual destinations, and not just transit points.

All numbers are stated in barrels per day. 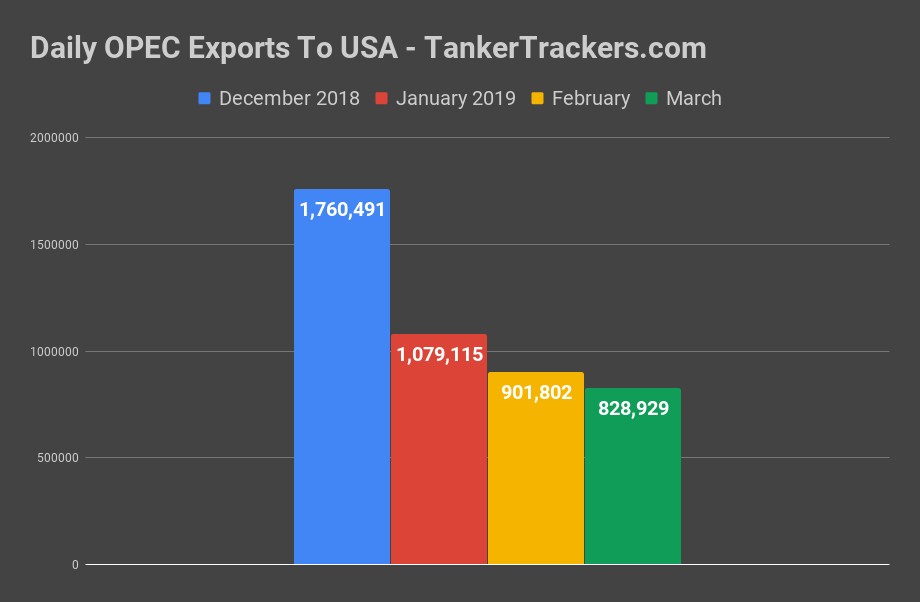 If we look at the recent 4-week moving average (as posted by the EIA), it is good to point out that shipments from Saudi Arabia, Iraq and Kuwait take 5-6 weeks to reach the US. Now that we’re in mid-April, it means that late January and early February exports are arriving.