BREAKING NEWS: A VLCC Departs From The Unlikeliest of Places

Israel’s Red Sea port of Eilat has just dispatched a VLCC fully laden called MARAN AQUARIUS today with oil to Qingdao, China. We believe it to be a fairly light crude oil, most likely blended. We’re not entirely sure what most of it is based on; but given the geography as well as the opportunity of earning a profit from purchases done over the past couple of months, we’d think it is most likely Azeri or Russian oil. This assumptions is based on the fact that during April; Israel’s imports of crude were astonishingly high at 382,111 bpd vs the 230Kbpd average over the year and a half prior, and most of it came from Russia’s Black Sea ports. A lot of it could be from pipelines connecting from Azerbaijan. In any case, it’s only an educated guess for now. It will very interesting how much more oil Israel re-exports out the backdoor towards the Far East as oil prices rise. 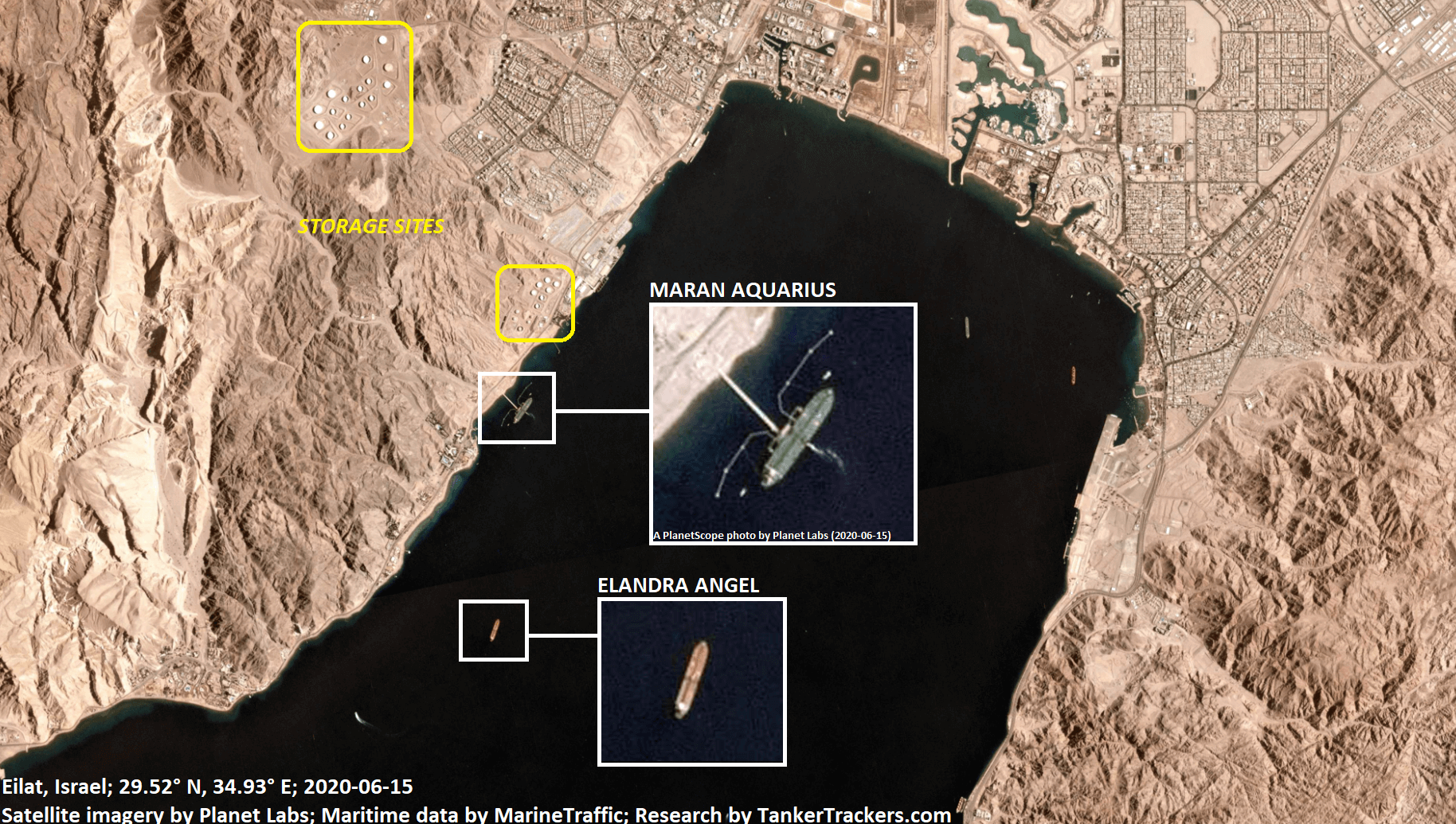 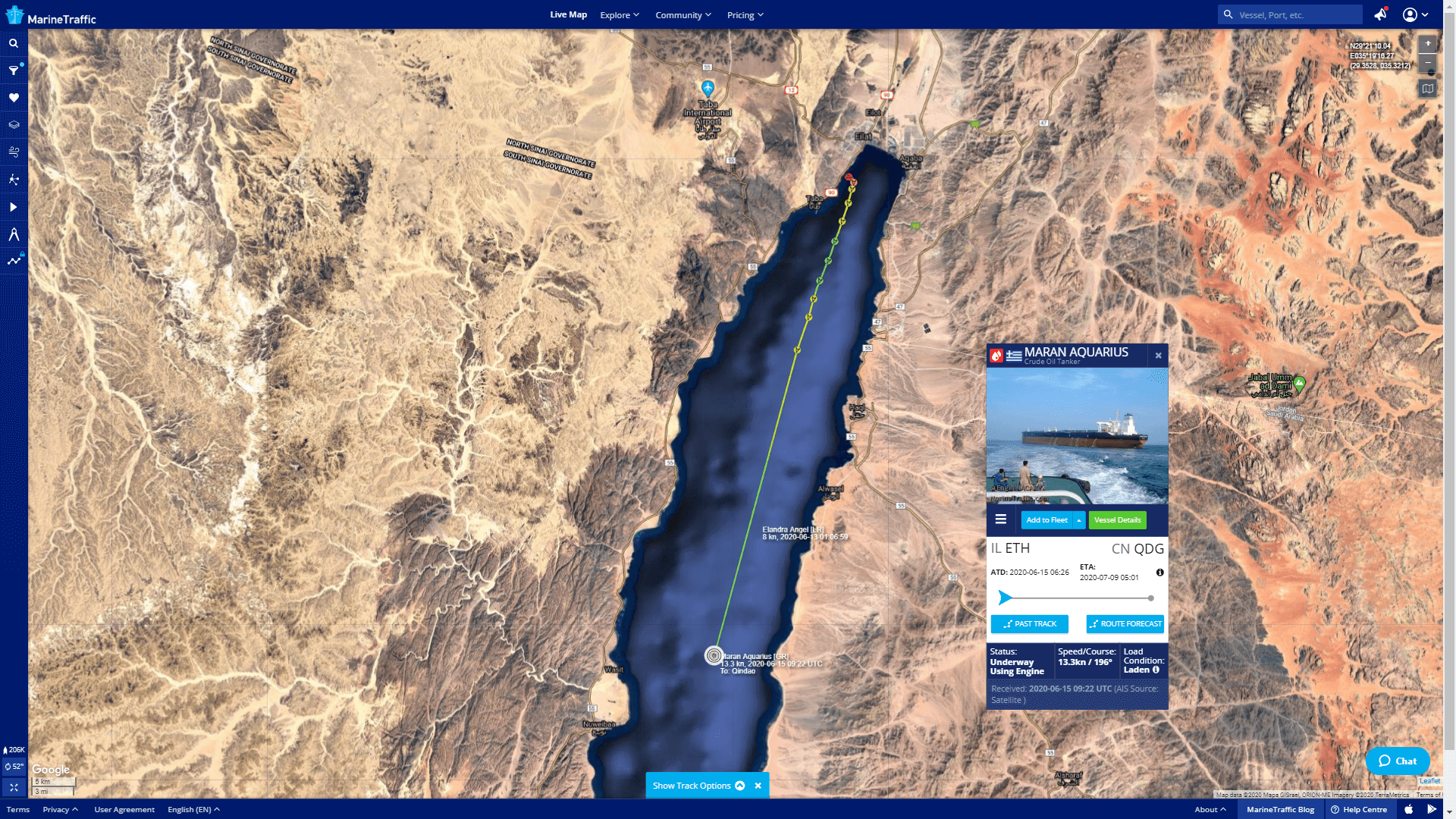 The oil arrives into Ashkelon (Med Sea) and is then sent via the pipeline connecting to the Red Sea port of Eilat, where there are two storage tank farms. Those tanks are now showing quite a lot of shadow in them due to the loss of these two million barrels. Also in anchorage, we see the freshly arrived ELANDRA ANGEL, and she is back again for the 2nd time in a month after being the first tanker to deliver crude oil to Eilat in years. We broke news about her via our HEADS UP feature. She’s carrying around 700K barrels of KRG oil again from northern Iraq via Turkey’s port of Ceyhan. What’s interesting is that the crew switched off her AIS transponder two days ago on 2020-06-13 right before entering the country. 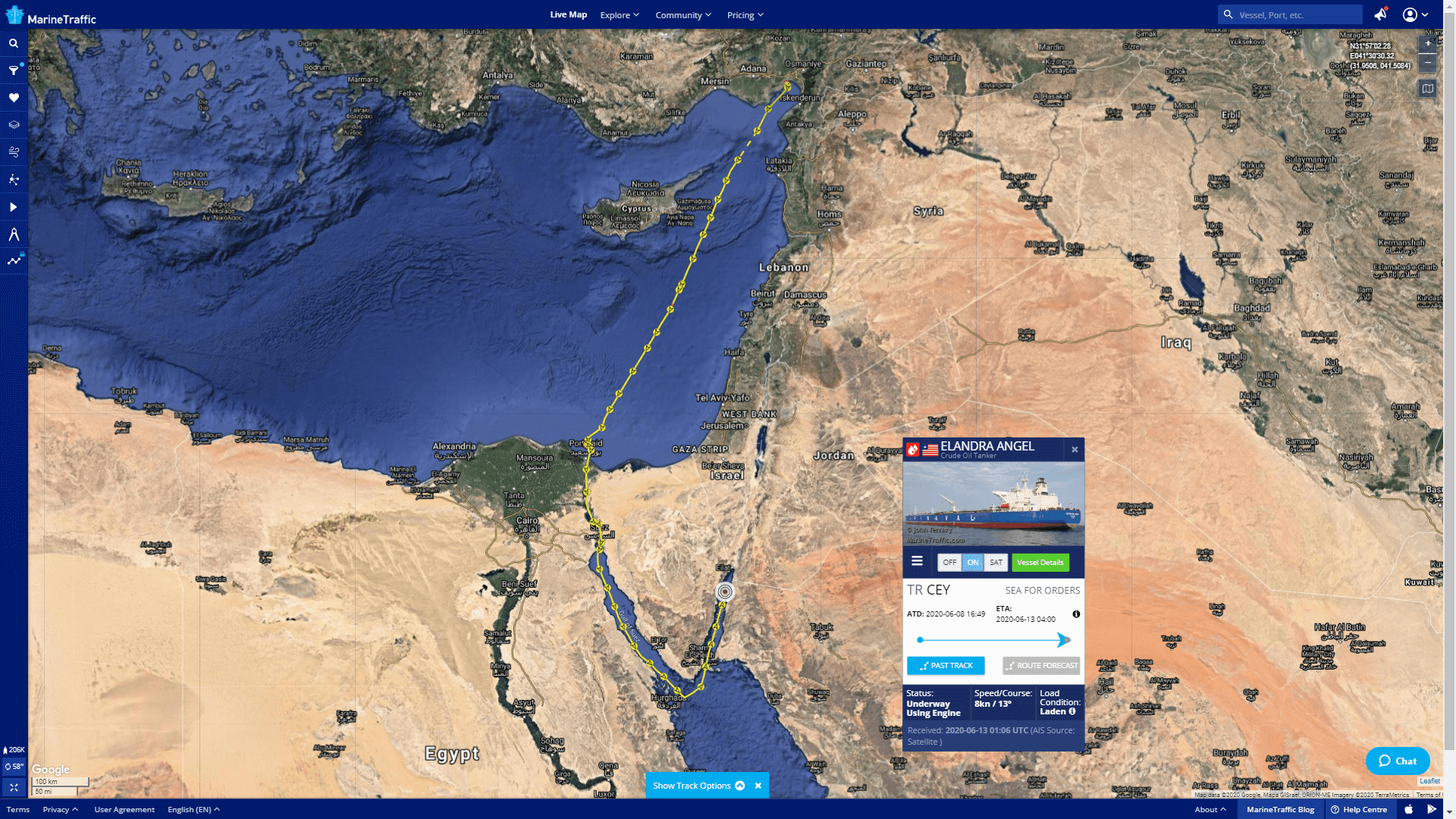